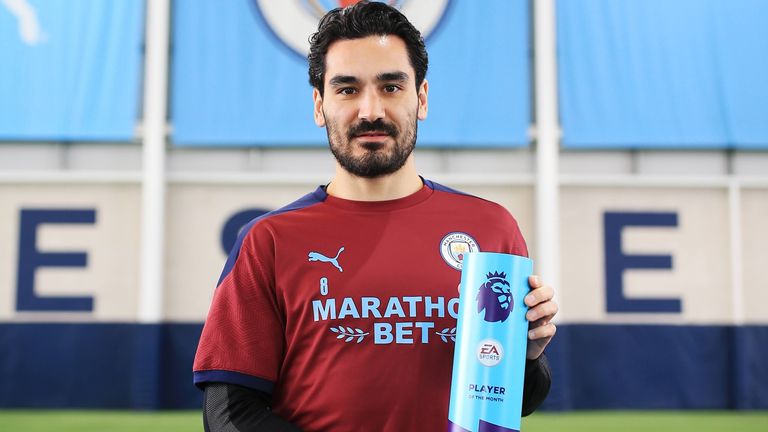 Ilkay Gundogan has once again been named the Premier League Player of the Month, winning back-to-back awards in January and February this year.

After scoring five goals in January to help City take control of the Premier League title race, the German international scored a further four league goals in February as Guardiola’s side won all five of their fixtures.

He recovered from a penalty miss to score twice in the 4-1 triumph against Liverpool at Anfield, while also getting two goals against Spurs and setting up Raheem Sterling’s effort at Burnley.

He also featured in City’s wins away to Arsenal and at home to West Ham.

Gundogan missed the start of the campaign after testing positive for Covid-19, but he has since emerged as a regular starter in central midfield.