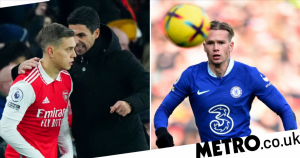 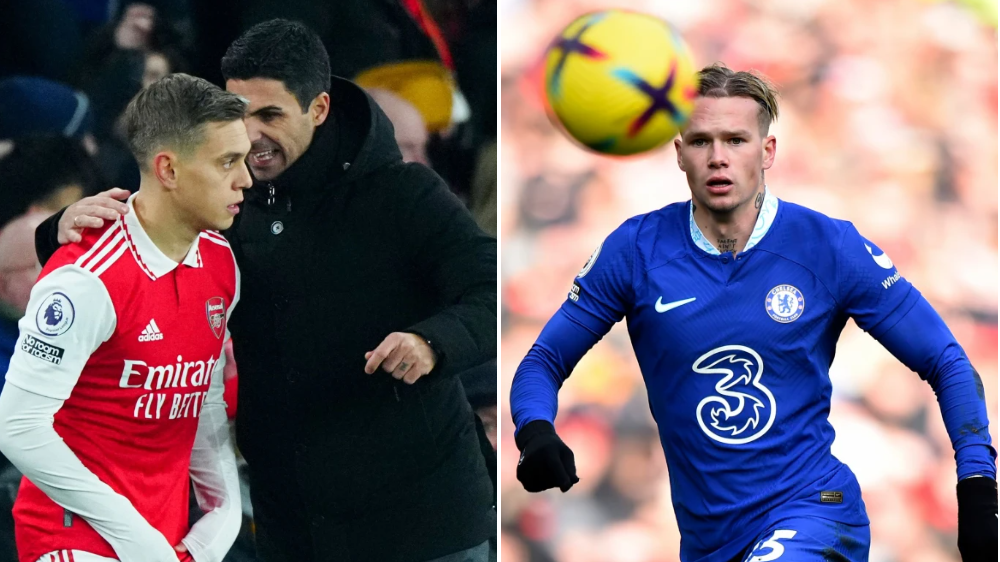 Ian Wright has defended Mykhailo Mudryk’s decision to join Chelsea and is delighted with the way Arsenal reacted to missing out on their No.1 January transfer target.

The Ukraine international spent much of January openly flirting with the idea of a move to the Premier League leaders, but their reluctance to meet Shakhtar Donetsk’s asking price presented their London rivals with an opportunity to pounce.

Mudryk ultimately opted for a move to Stamford Bridge on more favourable terms but Arsenal legend Wright believes the 22-year-old shouldn’t be criticised for opting to accept a more lucrative offer.

He told the Arsecast podcast: ‘With Mudryk I was very excited about that. With the money it started to get into the realm where it could knock us off our axes in terms of what we’re trying to do.

‘He looks like the kind of guy that would fit into our group. I was a bit disappointed but not disappointed that Arsenal went ‘that’s fine’.

‘He’s gone there for money, I’m not going to blame him because he’s someone who has had a lot more going on around him personally and in his life.

‘We cannot talk about how much money he wants to take for whatever reason. I’m not even going there if I’m being totally honest. I was just disappointed we weren’t able to get him because of how good he is.’

Mudryk underlined his potential with an eye-catching debut against Liverpool at Anfield last weekend, but Arsenal have, according to Wright, ended up with more than a consolation prize in the form of Leandro Trossard.

Asked if Arsenal still need further signings if they are to boast a squad capable of making the most of their record- breaking start to the season, Wright added: I would (make more signings), as long as they’re going to be in that sort of Trossard or Kiwior… that calibre of player.

‘Hopefully they’re coming in with the mindset that they know they’re coming in as a squad player and this XI is doing amazing but I’ve got the capability of knowing once I get in there I can stay. That’s how our team is going to be pushed forward.

‘When you talk about getting Leandro Trossard. A 28-year-old ready to be plugged in. He came in against United, a big club, contributed, it’s exactly what we needed. I’m happy with what we’ve got in as the back-up plan.’