‘I don’t want to be anywhere else’: Ivan Rakitic eyes Barcelona stay despite Manchester United and Chelsea links

Despite transfer rumours circulating for the past few months, it seems Ivan Rakitic does not want to leave Barcelona any time soon.

According to Goal, Rakitic has told reporters that he doesn’t ‘want to be anywhere else,’ and could stay for at least the next three years.

Since January, the 31-year-old has been linked with the likes of Manchester United and Chelsea, along with several other European clubs. 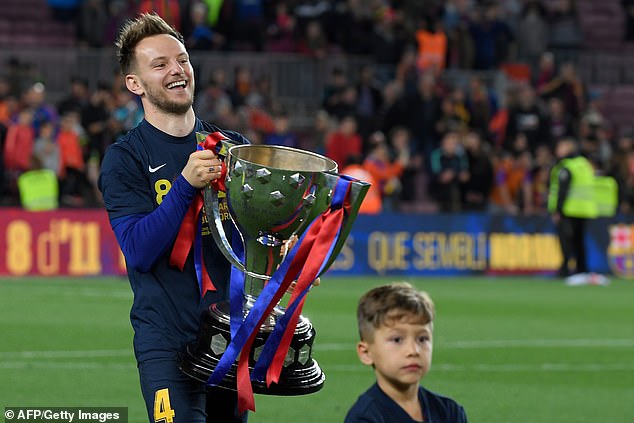 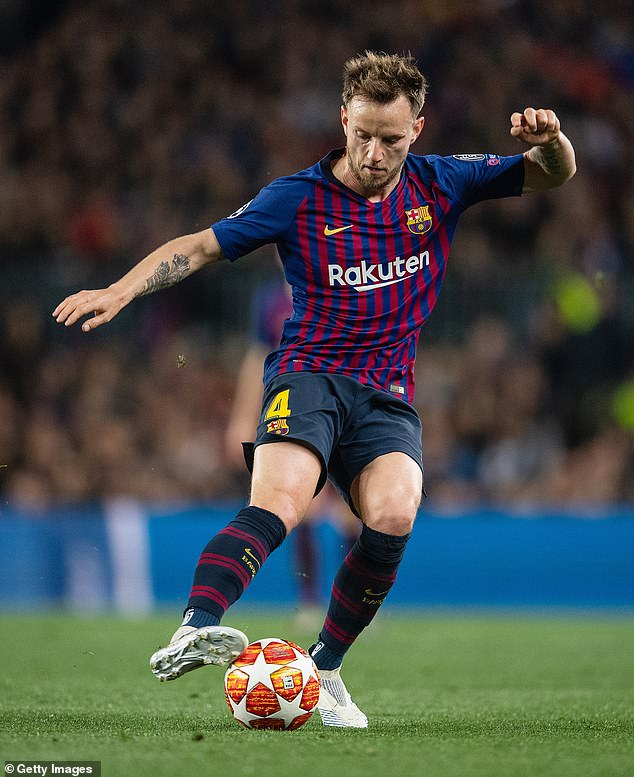 The 31-year-old has had a successful stay at the Nou Camp, appearing 263 times for the club

‘I don’t want to be anywhere else,’ said Rakitic. ‘I hope the club, the president, the coach, and the fans see this the same way I do. I hope they tell me that I’ll stay here for another three years.’

Ivan Rakitic’s current Barcelona contract runs until 2021, and the club have not made any announcements about it being extended thus far. Reports from earlier in the year stated that they did not intend to discuss a new deal, even though Rakitic wanted to open negotiations.

‘Anything can happen in football, but I am very calm about it all.’ 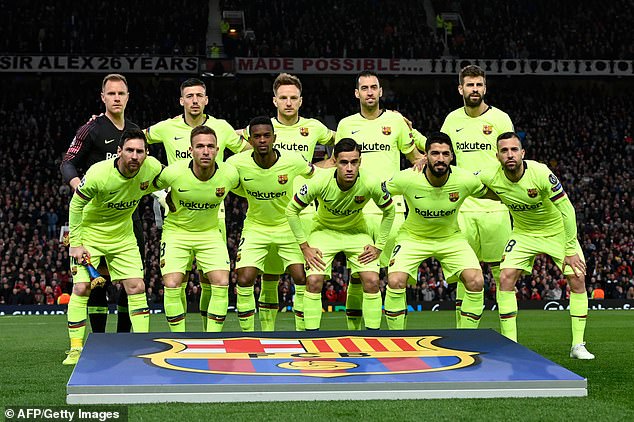 Manchester United and Chelsea are interested, but Rakitic apparently wants to stay put

Rakitic has echoed sentiments from back in the January transfer window, despite the imminent £65million acquisition of Frenkie de Jong from Ajax.

‘If I am here [at Barcelona], it’s to play,’ he said at the time. ‘I want to be here and, if I can renew, to be here for even more years. I am really happy here, everyone knows it, above all the president. I have nothing else to say.’

The Croatian has played 263 games for Barcelona, scoring 34 goals and getting 36 assists.

Barcelona are thought to be holding out for £39million from any potential suitors for the midfielder. He reportedly currently earns a net salary of £4.7million at the Nou Camp.