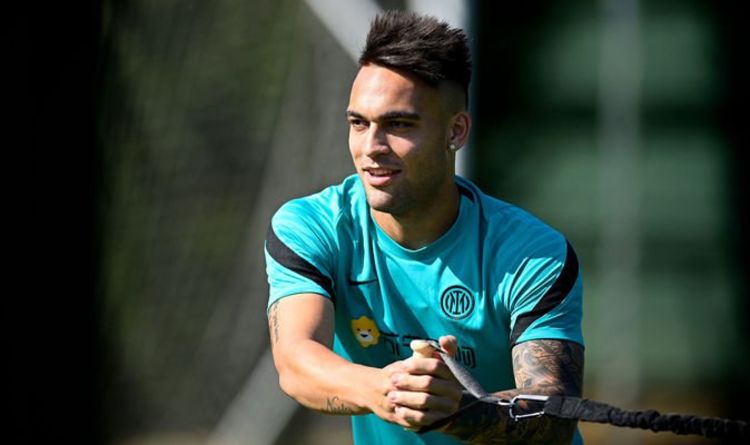 Tottenham supposedly have a way out when it comes to their stalled pursuit of Lautaro Martinez. The Inter Milan striker is expected to be put under lock and key after his strike partner, Romelu Lukaku, left the San Siro for Chelsea earlier this week. That is, unless Inter make the next move.

Martinez netted 17 goals in Serie A last campaign on his way to a league title, before playing a prominent role in Argentina’s Copa America triumph.

Regardless of his quality, Lukaku’s £98million move to Chelsea threatens to take him out of the market so that Inter stand a chance of retaining their title this season.

Spurs are supposedly prepared to pay £65m if he becomes available, a fee which the cash-strapped Italian side may not be able to turn down.

Inter’s next move is absolutely crucial, however, with at least one striker expected to arrive at the club over the coming days.

Edin Dzeko is seemingly on his way to the Nerazzurri from Roma, although the 35-year-old could yet be joined by another attacking recruit.

According to The Athletic, Inter signing another striker on top of Dzeko will be the deciding factor in Spurs’ pursuit of Martinez.

Luckily for Inter, they would not have to start from scratch in their hunt for another striker, with the likes of Dusan Vlahovic and Duvan Zapata both reportedly being monitored.

Liverpool and Tottenham suffer transfer blow because of Lionel Messi

New boss Nuno Espirito Santo has been active in the market since settling down in the Spurs hotseat, boasting an arrival list containing the likes of Cristian Romero, Bryan Gil and Pierluigi Gollini.

A factor which could shape the rest of their summer, however, is the future of Harry Kane.

Tottenham’s talisman has been heavily linked with a move to Manchester City over the past few weeks, with Pep Guardiola outspoken about his interest in the 28-year-old.

The kind of investment needed to sign Martinez would surely require the kind of sizable windfall that selling Kane would bring, given that Spurs supposedly started the summer in a position where they had to sell before they could buy.

Chairman Daniel Levy is reportedly demanding £160m for the England captain, although City appear in no rush to part with those kind of funds for a player in his late-twenties.

When it comes to Martinez, Kane’s possible replacement, the next move could well lie with Inter. If they sign Dzeko and kick on from there in the market, it could give the green light for Spurs to press on in their pursuit of the 23-year-old.