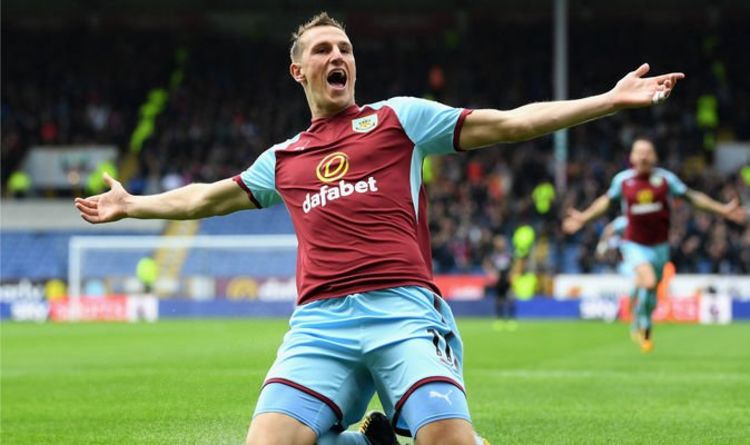 Trippier completed a £15m transfer last week and made his debut during the shock 1-0 FA Cup defeat by Cambridge United.

A £35m outlay before the midway point in January is a signal of intent by Newcastle’s new owners. The consortium majority-backed by the Saudi Public Investment Fund has already promised major arrivals.

Wood’s arrival caused some surprise given that he is not quite the huge name like a couple of other transfer targets.

JUST IN: Man Utd need to sit down with four players as Rashford talks planned

But in signing one of Burnley’s key players, Newcastle have harmed a direct relegation rival.

Newcastle and Wood have also broken a record in the process of completing the deal.

Wood becomes the most expensive player over the age of 30 in top-flight history. He topples Cristiano Ronaldo’s summer move to Manchester United and Olivier Giroud’s switch from Arsenal to Chelsea in 2018, which are both believed to have cost the buying clubs around £18m.

The former Leeds star is also the sixth most expensive played aged above 30 in world football.

Ronaldo currently holds that title thanks to his £105m move from Real Madrid to Juventus a little under four years ago.

Wood has described the excitement of moving to Newcastle.

“This is a very exciting opportunity for me, and I’m delighted to be a Newcastle United player,” he said after his move was confirmed on Thursday.

“I have played at St James’ Park a few times, and it’s an amazing place, so to have the chance to represent this club with those incredible supporters behind me and my teammates is very special.

“The club and manager have been first class during this process, and I really can’t wait to get onto the pitch and repay the faith they have in me, especially with a vital part of the season ahead of us.”

Howe said: “He is a very dangerous attacking threat, has a physicality and character that I really like, and he has vast experience in the Premier League.”

He added: “Chris is an important signing for us at a crucial time and I’m very pleased we have been able to move quickly and bring him here.”

January 13, 2022 Soccer Comments Off on How Chris Wood has made Premier League history by making £20m Newcastle move
NFL News