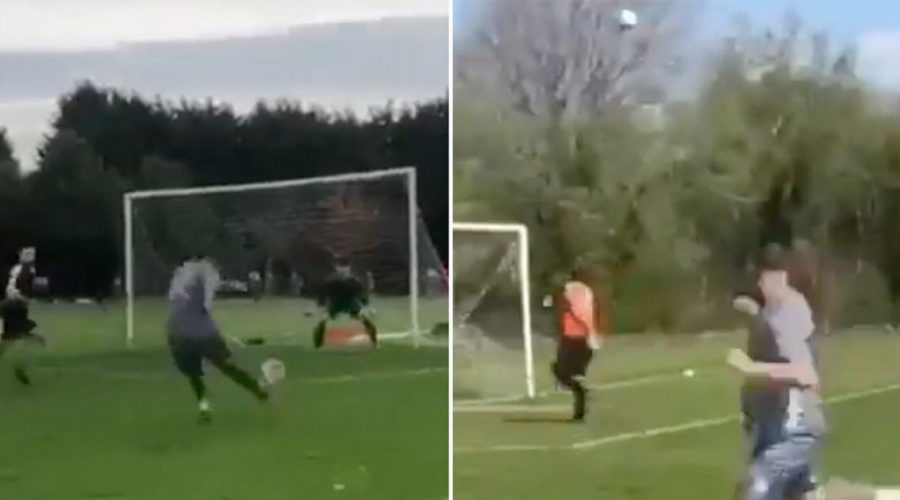 Bilston Town and Down Syndrome Awareness FC striker Adam Garmson has shared a highlight reel of his best strikes that might even rival that of World Cup winner Olivier Giroud.

The non-league forward has scored Scorpion flicks and knuckleball free-kicks among a series of impressive strikes that have brought in almost two million views on Twitter.

The upload came after social media users begged for a longer video after one particular strike seemed to disobey the laws of physics with a staggering bit of control.

One fan said in response: "Who is this guy and why he playing at such a low level."

With a second adding: "This guy can at least make it in league 2 no doubt. If someone signed him up professionally, and spent a good few months getting his fitness on point, he'd be an asset."

With a third asking: "How come you never made it to the premier league?"

Should your club take a chance on the non-league star? Give us your thoughts in the comments section below.

The 23-year-old shared a compilation of his best strikes after one in particular went viral on the official account of Down Syndrome Awareness FC.

Garmson hurdles the challenge of the goalkeeper outside the penalty area down the channel, getting back to his feet with the ball on the byline towards the corner flag.

With a simply astounding bit of skill, the finisher clips the ball over two defenders using the inside of his favoured left boot before disobeying the law of physics to bend the ball inside the near far stick.

The account wrote: "Absolutely ridiculous finish from Adam Garmson today. How does he even do these things?"

With one reply saying: "Never known anyone have as many Puskas contenders as this guy. Someone should really do a compilation."

With a second adding: "How is it even possible to get your left leg in that position? His foot is nearly facing behind him!!! Unreal goal."