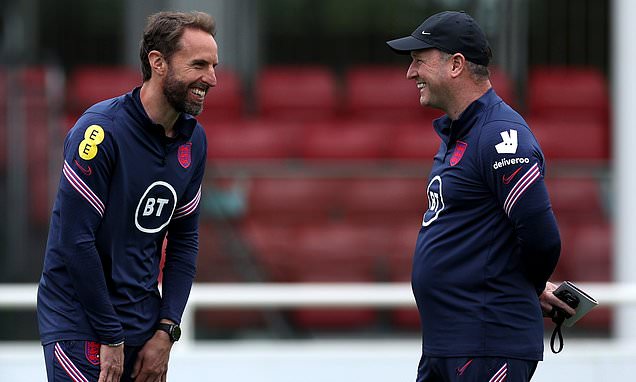 Although England have personnel problems in defence, they have an abundance of attacking talent to choose from with the likes of Harry Kane, Raheem Sterling, Mason Mount, Marcus Rashford, Phil Foden and Jack Grealish all with realistic hopes of starting at Wembley.

Southgate has been urged by a number of leading pundits to fit as many of his forward-thinking stars as possible into his starting XI. 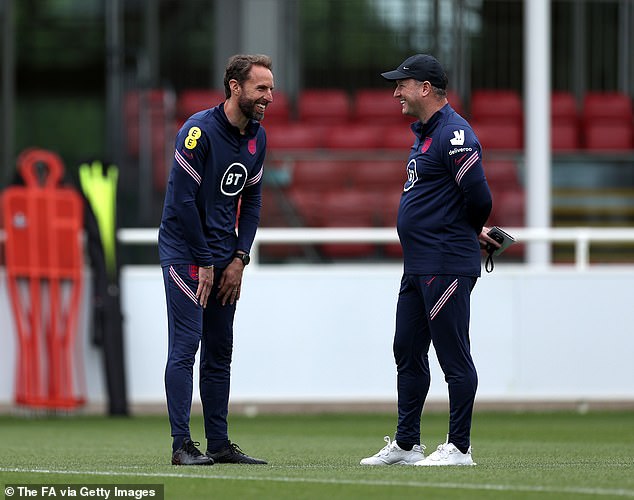 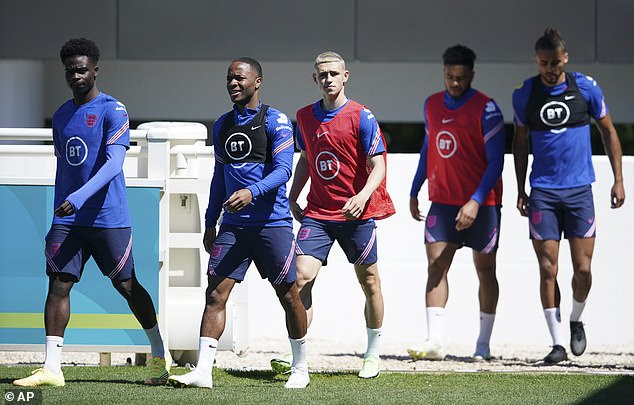 But Holland insists that simply isn’t realistic, saying: ‘It is nice to be involved in a team where so many people have got an interest and a view. I would say only this: going back to the World Cup in 2018, for example, Argentina, they had Paulo Dybala, Angel Di Maria, Sergio Aguero, Gonzalo Higuain and Lionel Messi. Mauro Icardi didn’t make the squad.

‘So you have an amazing array of talent, but they went out in the round of 16 averaging three goals against every game. This is not fantasy football. It is nice to play that game, but you can’t just throw four or five players together.

‘What that team showed is that if you try to cram too many in you don’t even get the best of the individuals — if you play with fewer, they can provide.

‘So our challenge is clear, we have to find the right balance.

‘That will differ from game to game and I think that will look different in the first minute from how it does in the 90th. And those guys who walk off the pitch in the 90th minute are every bit as important, if not more important, than those who walk out before the national anthems.

Holland said England can’t cram all their attackers – such as Jack Grealish, Marcus Rashford and Mason Mount – into the team

England’s preparations for the tournament have suffered major disruption due to Manchester United, Manchester City and Chelsea players’ participation in European finals.

But while admitting missing 11 players for part of their pre-tournament training camp is hardly ideal, Holland says their involvement in the Europa League and Champions League finals is a double-edged sword.

‘From a selfish perspective of having all the players together from day one, it’s far from ideal. It would have been better to have no teams in the final,’ he adds.

‘But there is another side to that. To win, which we know is the challenge, we need players with experience of big matches and the Champions League final is about the biggest match you can play in.

‘So to have seven of our squad in a game like that will provide a benefit in the overall scheme of things.’