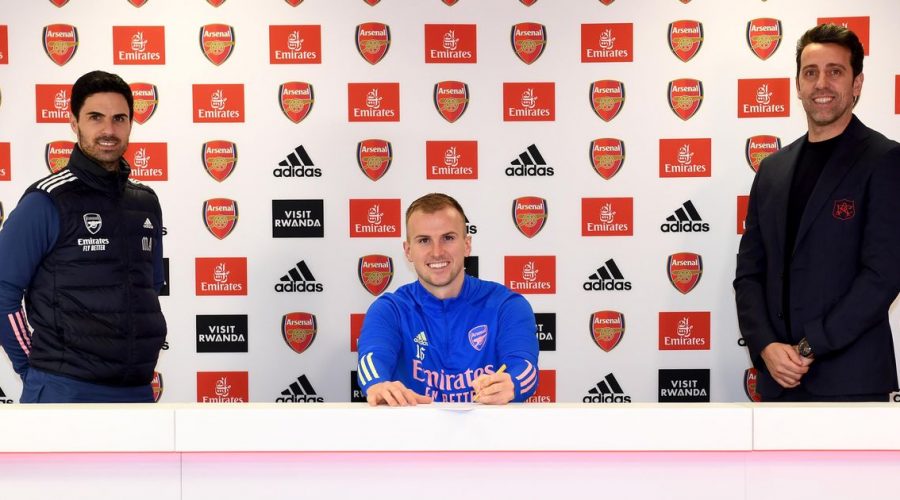 Rob Holding’s turnaround at Arsenal has been hailed by manager Mikel Arteta and director Edu.

The defender’s impressive campaign at the Emirates Stadium has earned him a new contract.

Holding is now tied down in north London until 2024, and his deal has the option of another 12 months.

Just last summer, the 25-year-old was on the verge of leaving Arsenal.

A loan move to Newcastle was believed to be on the cards until Arteta blocked the switch.

The Spaniard will be relieved his decision was vindicated, as Holding has proven to be an important figure at the back during the 2020/21 season.

Of Holding’s new contract, Arteta recognised Holding's improvement and told the club’s official website : “Since I started as manager, I have been hugely impressed with Rob’s contribution to the club and the dressing room, on and off the pitch.

“The quality of his work every day on the training pitches is excellent and he is translating this into consistently high performances in matches.

“We all know Rob’s quality, which he has shown in his displays during the intense moments of those two FA Cup final victories.

“We are all very happy that Rob has signed a new contract, he is very popular with all the players and staff, and we’re looking forward to watching him continue to grow with us in the coming years.”

Holding has encountered injury woes during his four-and-a-half years at Arsenal, since arriving from Bolton. But he has shaken them off this season and Edu added: “We are very happy to have signed Rob on a new contract extension.

“He is 25 years old, so is still coming into the peak of his career, and we are delighted that he’ll be with us during these important years.

“Rob has shown great quality and maturity on and off the pitch in recent months and is developing well. We are looking forward to Rob continuing his progression in the years to come.”

Holding is expected to start for Arsenal when they host Crystal Palace in the Premier League on Thursday night.