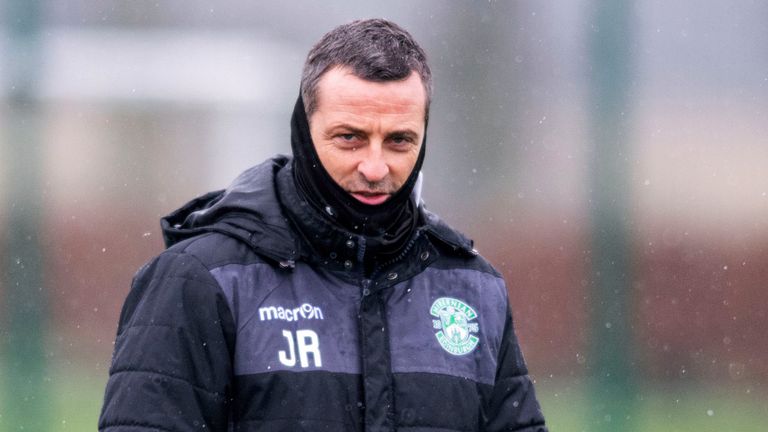 Hibernian head coach Jack Ross admits he is frustrated their Scottish Premiership game with Celtic has been put back until Monday night but will use the extra time to better prepare his side.

The Hoops successfully sought to have their game with Hibs at Celtic Park delayed as they are at their winter training camp in Dubai.

Scotland’s First Minister Nicola Sturgeon has said some aspects of the Hoops’ controversial trip to the UAE “should be looked into” following controversy surrounding the decision to allow them to travel.

Neil Lennon’s side flew out just hours after Saturday’s 1-0 defeat to Old Firm rivals Rangers, leading to criticism on social media as well as from the Scottish Government, who have asked the SFA to investigate the trip.

Celtic subsequently defended their decision to travel shortly before a national lockdown was announced, insisting they had sought and been granted permission to do so from the Joint Response Group on November 12 last year.

Ross refused to comment on the rights and wrongs of the Dubai trip but admitted the change in fixture date was not ideal, although he was more frustrated by how the decision to put the game back was communicated rather than the decision itself.

“To be honest, I’ve not given it too much thought. During this period it’s about making sure we do as well as we can,” Ross told Sky Sports News ahead of the Sky Live game.

“The issue with the fixture was centred more around the SPFL than the other club. Each club in the league has the right to request a fixture change at any point in the season.

“It was how that was discussed with and communicated to us that was an issue.

“We commented on it at the time but it allows us to have a little bit of respite at a very busy period and we have more time to prepare for the game.”

As for the game itself, Ross admitted that away games against the Old Firm duo are always challenging, although he says his players will take heart from their 2-2 draw with Celtic at Easter Road in November that saw Hibs denied a victory in stoppage time having led 2-0 at one point.

“In recent years it’s been as difficult an away fixture as you can get and visiting Ibrox in the past 18 months has been just as challenging,” Ross added.

“We know the challenges we face at the minute but in the recent home game we have proved we can be competitive against Celtic and we’ve shown that on recent trips to Ibrox as well.

“For us, it’s about returning to the form we have been in the for the main this season and put recent disappointments behind us.”

Ross also confirmed he was hoping to add to his squad during the January transfer window but would not say which players he was trying to recruit.

“We’ll hopefully be strengthening the squad,” he said. “We have been operating with a smaller squad this season and you run the risk of it becoming too skinny at times, if you have injuries and suspensions kicking in at the same time.

“We have been a bit stretched in recent weeks so we will hopefully use the window to pad the squad out a bit.

“We are getting close to a couple coming in but naturally without them actually being done, we have to be respectful to the players and their parent clubs.

“But we’ve worked hard over the last seven to 10 days to make sure we do that sooner rather than later.”