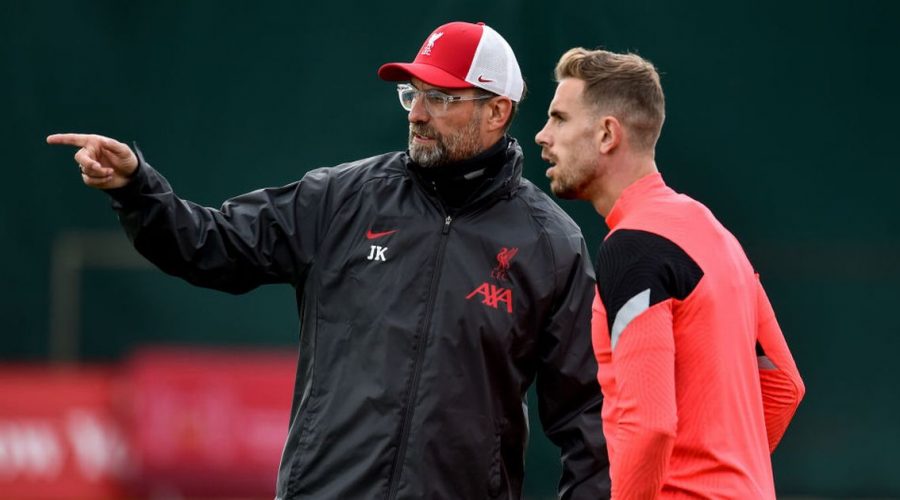 Liverpool will be busier this summer renewing contracts than they will making new signings.

Alisson, Fabinho, Virgil van Dijk and Mo Salah could all be in line for new deals.

But surely the signature of skipper Jordan Henderson is just as important as any of those four.

Especially after Gini Wijnaldum walked out the Anfield door on a free this summer.

To let one Premier League and Champions League-winning midfielder leave may be careless but to lose another would be mismanagement surely.

Unless the Reds have some signings up their sleeves, of course.

Henderson, 31, has two years left on his current contract but, nowadays, the clock really starts ticking on deals once they enter those final 24 months.

It is the time the club must decide to give the player what he wants, sell him or risk losing him for little or nothing in two years.

Liverpool don't want to sell Henderson now or in 12 months, nor does he want to leave. But the situation clearly needs sorting.

It could rumble on into the season but those kind of distractions irritate Klopp.

How important will Jordan Henderson be for Liverpool this season? Let us know in the comments section.

He rarely entertained questions about Wijnaldum's future over the last 12 months. He won't want a repeat with his captain.

Henderson is rarely a player to grab the headlines, but he has proven time and time again to be a vital cog in the Red machine which just 12 months ago had completed a demolition job on the rest of the Premier League.

The England midfielder has had injury problems but he is a player who looks after himself. It would be a surprise if he suddenly started to deteriorate now he's in his 30s.

While last summer he was named the FWA Footballer of the Year.

But he is also a leader in the dressing room.

Roy Keane joked this summer that Three Lions boss Gareth Southgate may have only been bringing the former Sunderland man to the Euros to organise quizzes.

But you only needed to look at some of the behind-the-scenes videos of England's preparations to see Henderson's leadership qualities and how young players were drawn to him for advice.

It is not clear yet if Wijnaldum will be replaced by the Reds this summer. They've been linked with midfielders but no moves have been made yet.

Maybe the signing of Thiago Alcantara last summer was in the belief Wijnaldum would leave this year.

With Henderson and Fabinho needed in defence for a lot of last season, it was fortunate the Reds did get Thiago from Bayern Munich.

But what would the plan be for sporting director Michael Edwards, Klopp and club owners Fenway Sports Group if Henderson was to leave this summer or next?

They do have a ready-made captain in Van Dijk, of course. But midfield would surely need investment.

It may seem unlikely the contract discussions lead to Henderson leaving.

But it remains to be seen how many years the Kop captain adds to his decade at Anfield.

July 19, 2021 Soccer Comments Off on Henderson could be most important contract renewal this summer for Liverpool
NFL News