I’d be quite pleased if Celtic got thumped in Leipzig, insists Hearts’ Steven MacLean as striker cranks up heat ahead of Betfred Cup semi-final

Hearts striker Steven MacLean has cranked up the heat ahead of Sunday’s Betfred Cup semi-final with Celtic by admitting he hopes the Parkhead club get a going-over in Germany on Thursday.

A Scottish Cup winner with St Johnstone in 2014, MacLean knows that last-four clashes can often be decided by the smallest of margins. 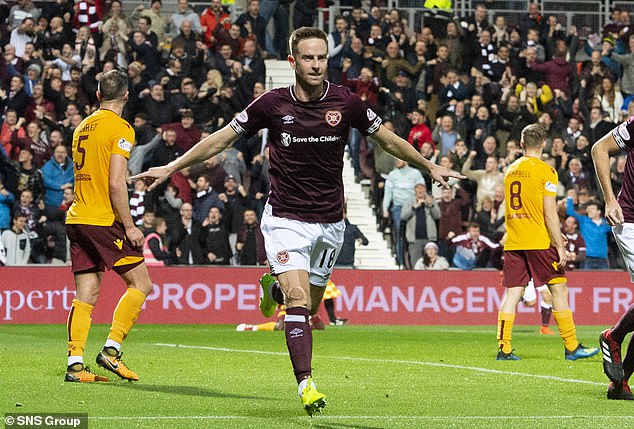 And after initially joking that he hopes Celtic get ‘pumped’ in Leipzig, the former Rangers player admitted that he would love to see the Scottish champions sign off for the vital semi with an energy-sapping 90 minutes of European action.

‘Hopefully they get pumped on Thursday night and lose a bit of confidence – and we will see what happens on Sunday,’ smiled 36-year-old MacLean.

‘Of course you want all Scottish teams in Europe to do well. But I hope they have a hard game as that can help us, especially if it goes deep (into extra-time) on Sunday.’ 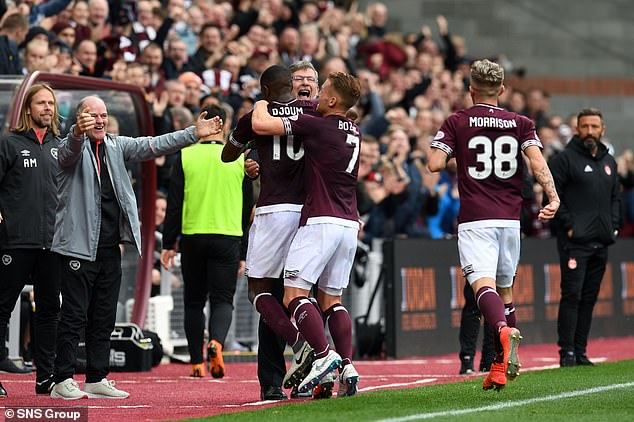 The gruelling pre-season that Craig Levein put his Hearts players through on the sand dunes of Gullane has left MacLean confident that he and his team-mates can cope if the tie goes beyond the regulation 90 minutes on Sunday.

‘If we’ve got something that we can hold on to and they’re pushing us, we know we can go the distance,’ he said.

‘It was well documented in pre-season that the gaffer had us all in it together. It was tough, up and down those dunes but we all stuck together and we got through it.

‘We feel fit and we can make it hard for teams. We are a side that can go toe-to-toe and fight with teams – but we can play a bit as well.’

MacLean also admitted that Hearts have been fuelled to succeed this season after it was claimed on BBC Radio Scotland’s Off The Ball programme that their bubble had burst following the team’s first league defeat of the season, a 3-1 loss at Ibrox earlier this month. 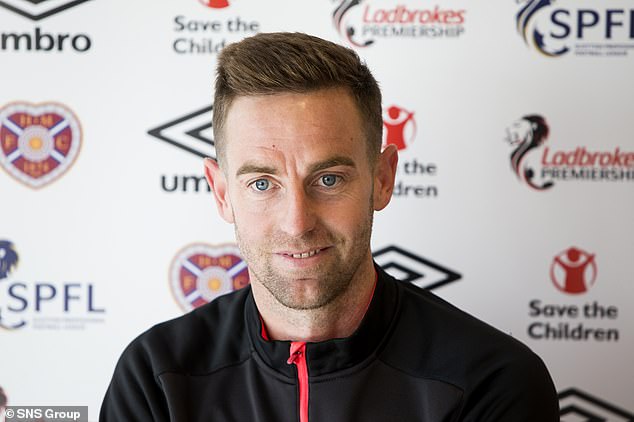 But Levein’s side have responded magnificently to adversity by seeing off Aberdeen 2-1 at Tynecastle last weekend, then beating Dundee 3-0 at Dens Park on Tuesday.

That ensured they signed off for Sunday’s semi-final full of confidence, with a six-point lead at the top of the Premiership after ten games.

‘I listen to the radio when going to games with the family and I heard Stuart Cosgrove and Tam Cowan (on Off The Ball) saying our bubble was burst after Ibrox,’ said MacLean.

‘Then we had injuries and a lot of people said that was us done. So it’s good to prove them wrong. I also think a few people thought when the Dundee game got re-arranged for Tuesday night in the week of the semi-final it could have been a hindrance for us. 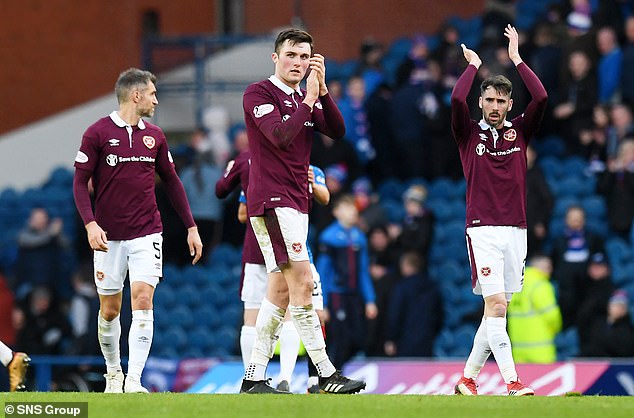 ‘But the way we looked at it was the chance to go six points clear of Celtic, eight ahead of Hibs, and 13 ahead of Aberdeen.

‘The way it worked out for us was perfect ahead of the semi-final,’ added MacLean, who scored the third goal in Tuesday night’s victory against the Dark Blues.

‘It’s been a great start to the season. I would have taken being six points clear at the top of the table after ten games and also being in the Betfred Cup semi-final.

‘So far, so good. But it’s only a start. Now it’s about keeping the run going. Sunday is a massive game and we all want to keep the momentum going.

‘The gaffer has signed good players and I think we have shown we have a squad that can keep this run going.’ Hearts have already beaten Celtic 1-0 at Tynecastle this season, courtesy of a Kyle Lafferty goal. 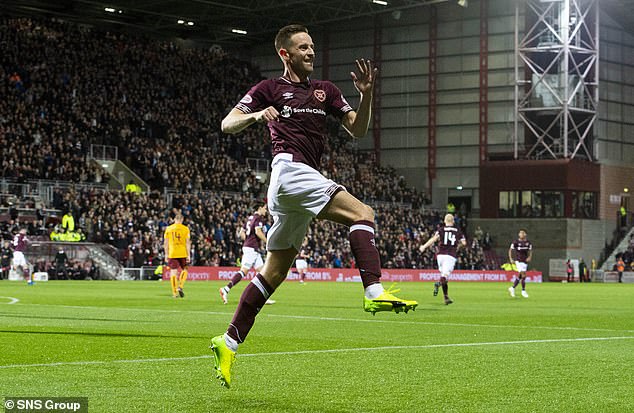 MacLean is confident that lightning can strike twice in the capital this weekend.

‘We’ve beaten Celtic already this season, so there’s no reason why we can’t do it again,’ he said.

‘Obviously their form has picked up since then and they have scored ten goals in their last two games. But we’ve got belief. ‘We’ve got a bit about us.. We have boys who can score goals, so we’re looking forward to it.

‘It’s an even split of tickets for BT Murrayfield on Sunday and both teams will have 30,000 fans there each.

‘So it will be down to whichever team gives their fans the most to cheer. Semi-finals are only good if you win them. We have to impose ourselves on the game – and we have to win it. Only then can you enjoy it.’ 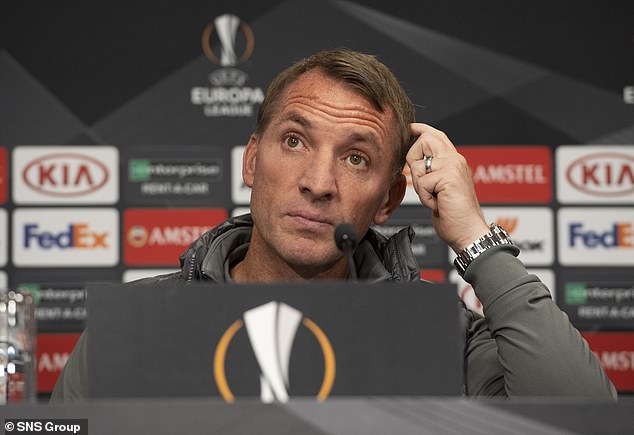