With a nonchalant shrug of the shoulders, Brendan Rodgers’ Celtic seem able to flush adverse experiences from the memory bank at will.

For a fifth time in three seasons, the Northern Irishman took his side into a game in the latter stages of this competition on the back of a painful European defeat. Remarkably, on each occasion, they have prevailed.

Surely no one, however, could possibly have foreseen their powers of recovery extending to such a comprehensive dismissal of a Hearts side currently laying claim to being the best side in the land. 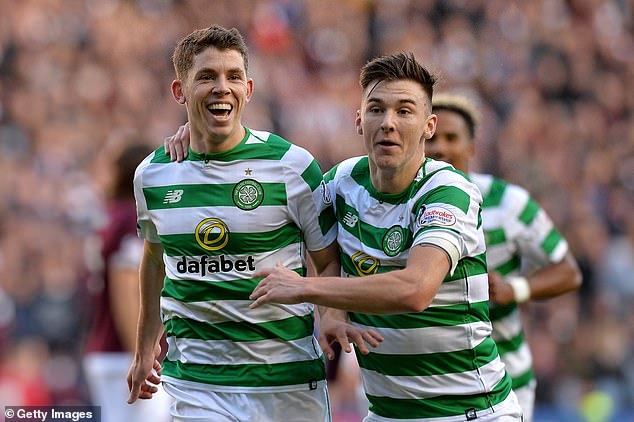 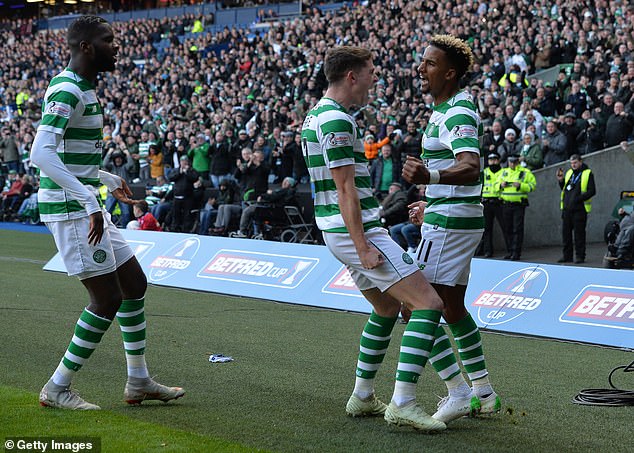 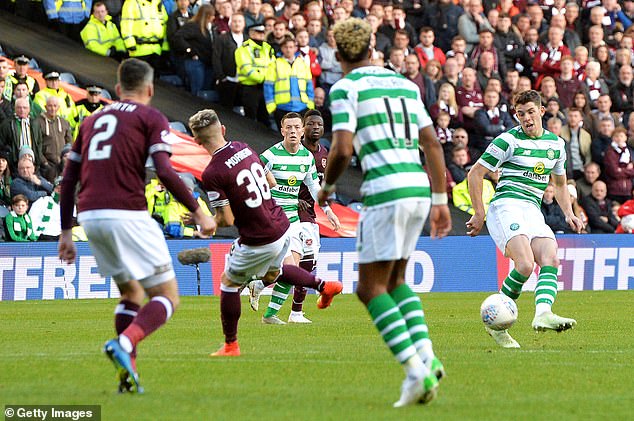 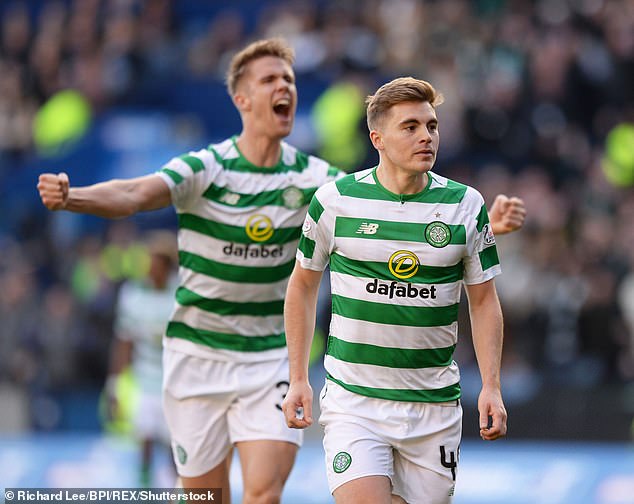 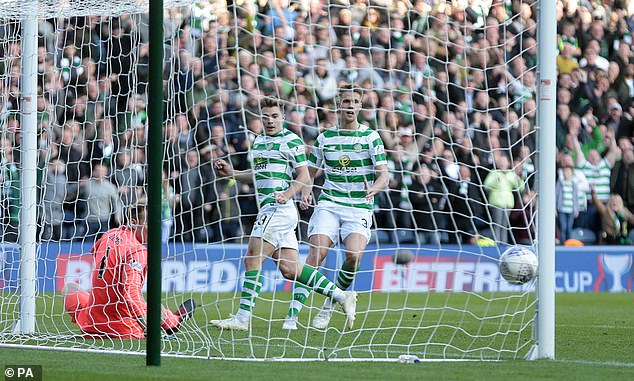 The fact Celtic reached a third straight Betfred Cup Final under the watch of the Northern Irishman would have been remarkable in any event. Yet, they’d to dig so deep here in the capital that they might well have struck oil.

Already shorn of Scott Brown and Leigh Griffiths, Rodgers lost his skipper’s replacement, Eboue Kouassi, after 26 minutes and another key midfield operative in Olivier Ntcham at the break.

What a replacement Ryan Christie made, though. The former Aberdeen loanee won the penalty which allowed Scott Sinclair to stroke home the opener, released the shot with allowed James Forrest to capitalise on calamitous goalkeeping by Zdenek Zlamal then scored a stunning third to remove any lingering doubt as to the outcome.

Hearts will wonder where it all went so horribly wrong. Having contained the Parkhead side for 45 minutes, the stage seemed set for them to come out swinging. Instead, they landed on the canvass and could not get back off it.

The early withdrawal of Steven Naismith through injury was certainly a factor bit did not entirely explain his they wilted so badly in the second period. 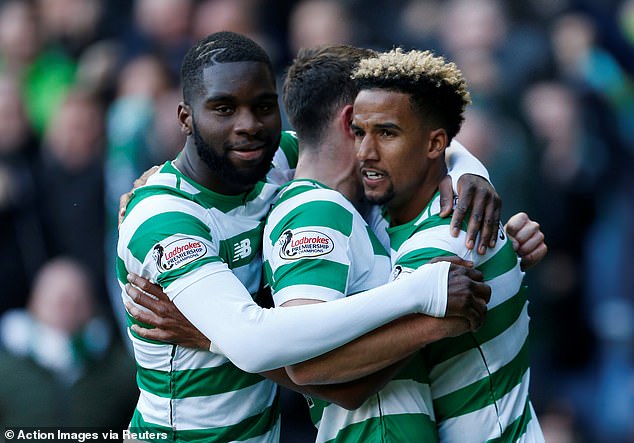 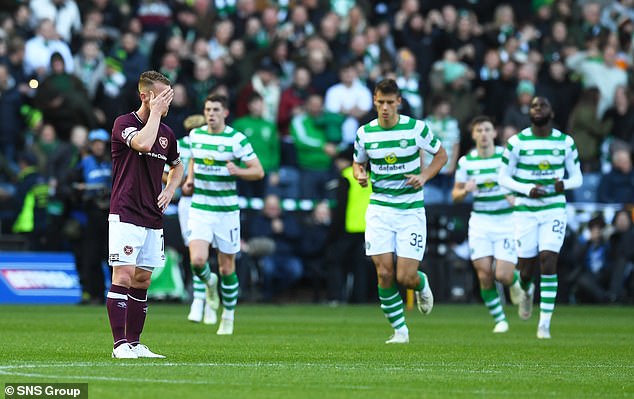 Having bolstered their position at the top of the Premiership with a perfunctory win at Dundee on Tuesday, Craig Levein, the Hearts manager, was never likely to make wholesale changes here. Harry Cochrane and Callumn Morrison were relegated to the bench with Olly Lee and Peter Haring promoted.

After the most almighty hullabaloo over the staging of this game, what a backdrop Murrayfield made. Bathed in late autumn sunshine and hosting a near capacity crowd of 61, 161, the home of Scottish rugby made a compelling argument to see more days like this.

A reminder of the sport more normally seen here came in the opening minute. Contesting a high ball with Mikael Lustig, Steven MacLean initially appeared deserving of the yellow card Willie Collum brandished for catching the Swede with his elbow.

To the dismay of the Hearts support, the big screen replay, very much a quirk of the oval ball game, showed the offence to have been minimal. 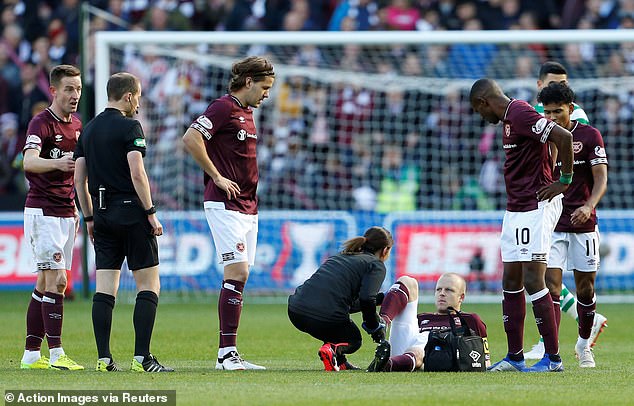 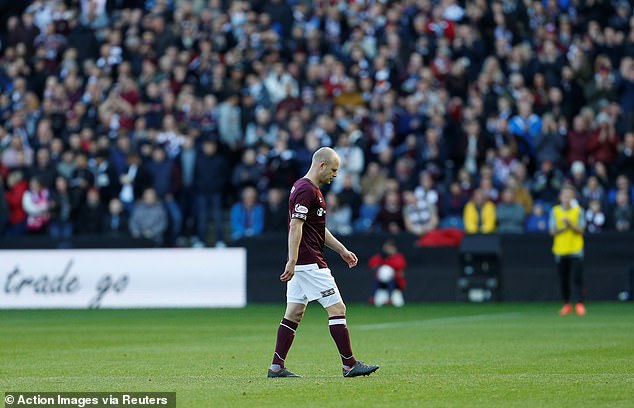 What a cruel blow Levein’s plans were dealt soon after. Worryingly, there appeared to be nowhere close to Naismith when he slumped to the turf clutching his knee. He hobbled around for a few seconds but knew he was in danger of matters worse. Danny Amankwaa was sprung from the bench just eight minutes in.

The pristine playing surface, exactly the same length and dimensions as Hampden, didn’t prevent the play being broken and error strewn. Rogic did out-smart Haring and Lee to play in Odsonne Edouard but Clévid Dikamona expertly ushered the ball out of play.

What little rhythm Celtic had was disrupted by the departure of Kouassi after 28 minutes. Sinclair climbed of the bench and Callum McGregor filled the holding midfield role.

Chances at either end were painfully slow to come by. Forrest was gifted a sight at goal when Ntcham’s corner was half-cleared but he fired weakly into Jimmy Dunne’s frame.

Lee did well to bound towards Celtic’s goal after picking up a loose ball 40 yards out but his dipping strike asked little of the static Bain. 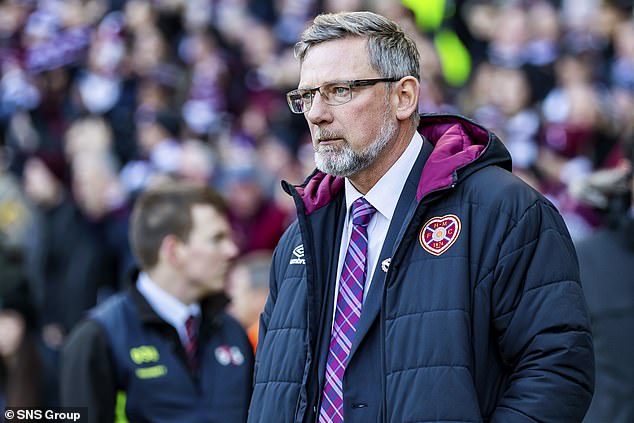 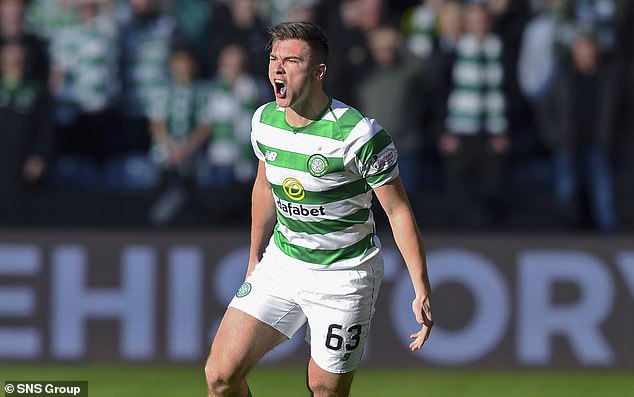 Haring fared slightly better soon after by taking on a strike earlier with Benkovic’s timely block coming at the cost of a corner. The Austrian claimed the resultant set-piece with a towering header which MacLean bundled home from two yards only to be correctly flagged offside.

Hearts No 5 seemed to be everywhere at times. He did well to escape a yellow having clearly impeded Rogic and could only watch as Sinclair’s curling shot was tipped around the post by Zdenek Zlamal.

The end of a forgettable first-half was the end of the match for Ntcham. Christie replaced the Frenchman at the interval meaning Rodgers had lost the guts of his midfield. But within eight minutes, the former Inverness player’s presence would prove decisive.

Taking Sinclair’s pass on the half-turn just inside the box, Christie had no way of knowing Oliver Bozanic’s close proximity. The Australian’s contact was minimal but his lack of protest when Collum pointed to the spot was probably telling.

Sinclair broke his run but held his nerve to send Zlamal the wrong way from 12 yards. 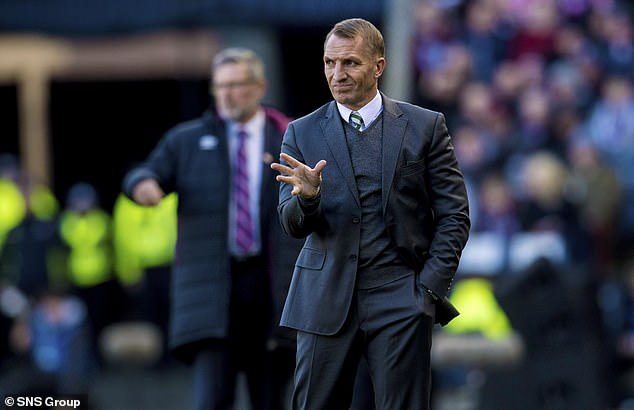 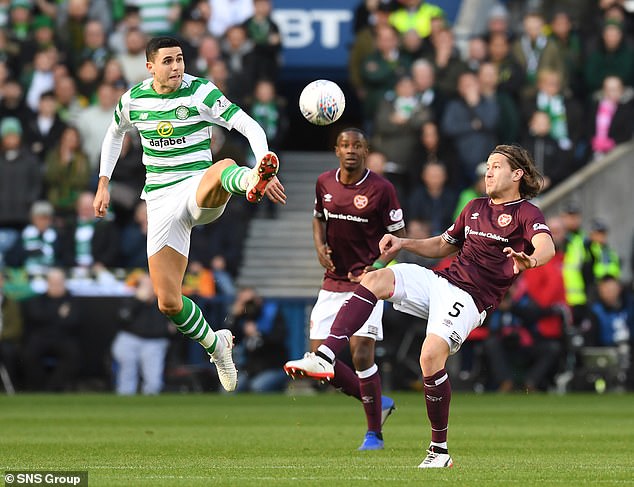 With that, the game became stretched. Edouard flashed a header over from Kieran Tierney’s cross, Rogic drilled a strike straight at the keeper with the outside of his left foot before Bozanic’s hopes of a quick redemption were snuffed out by Bain’s safe hands.

Staring at the action, Levein looked puzzled as how best to change the tide. By the time his Eureka moment arrived, his side were two goals down.

Taking a rebound off Dikamona in his stride, Christie’s low strike did take a slight deflection off Michael Smith. Not in a month of Sundays, though, should it have flummoxed Zlamal in the way it did. Forgetting the basics for an instant, the Czech took his eye off the ball and fumbled it along and towards his goal before scooping it back into play. Forrest couldn’t miss.

A nip and tuck affair suddenly threatened to become a rout. Christie’s claimed a sumptuous third 17 minutes from time after Edouard had cushioned a ball into his path. This time Zlamal was blameless as his left-footer arrowed into the postage stamp corner.

It was now a question of how many. Jimmy Dunne ensured the deficit remained just three by acrobatically splicing Edouard’s strike off the line before Zlamal produced excellent stops to deny Forrest and then Kieran Tierney.

In injury time, Sinclair was denied a second by Smith’s smart positioning on the line but it was to matter little. 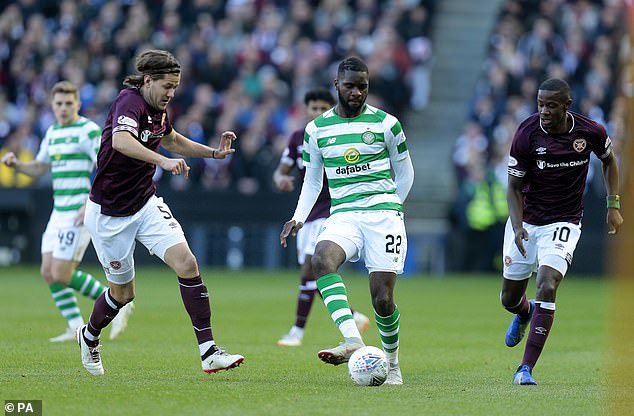