Some Chelsea supporters are convinced that the club have been using Twitter to subtly mock former boss Jose Mourinho.

Manchester United manager Mourinho responded to taunts from fans at Stamford Bridge after this month’s 2-2 draw. 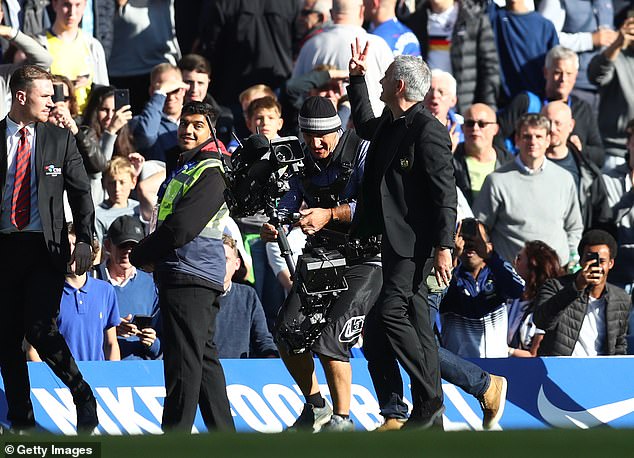 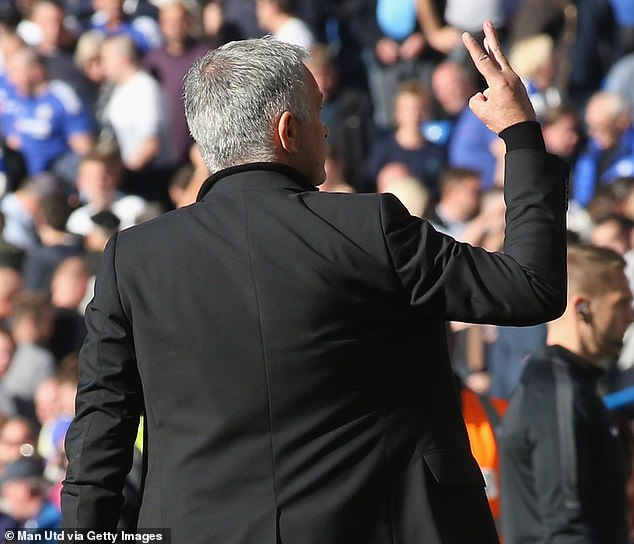 Since then Chelsea’s social media output has frequently featured the number three and many believe it is no coincidence.

Ahead of Sunday’s 4-0 win over Burnley, Chelsea tweeted out a gif of midfielder Jorginho doing what looked like his own version of the Mourinho salute next to the message: ‘Three hours to go!’

After Ross Barkley continued his fine run of form at Turf Moor by scoring once and assisting another two goals, Chelsea posted a picture of him holding up three fingers.

The photo was captioned: ‘Ross Barkley is the first Englishman to score in three consecutive Premier League games for the Blues since Frank Lampard, back in 2013!’ 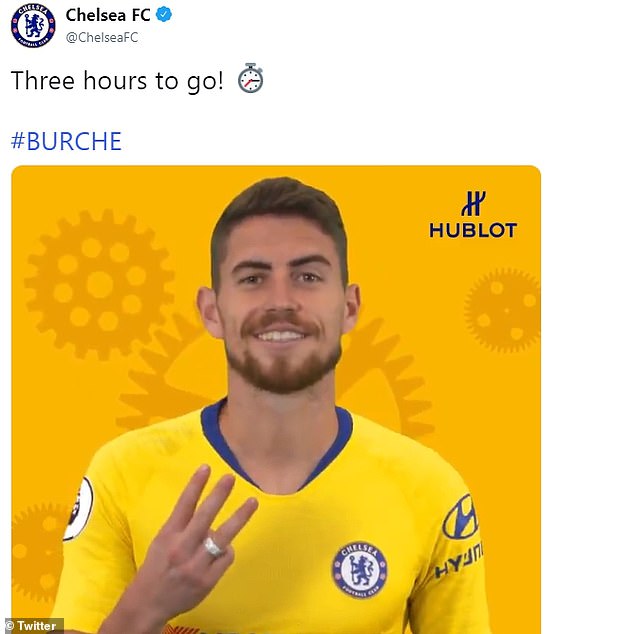 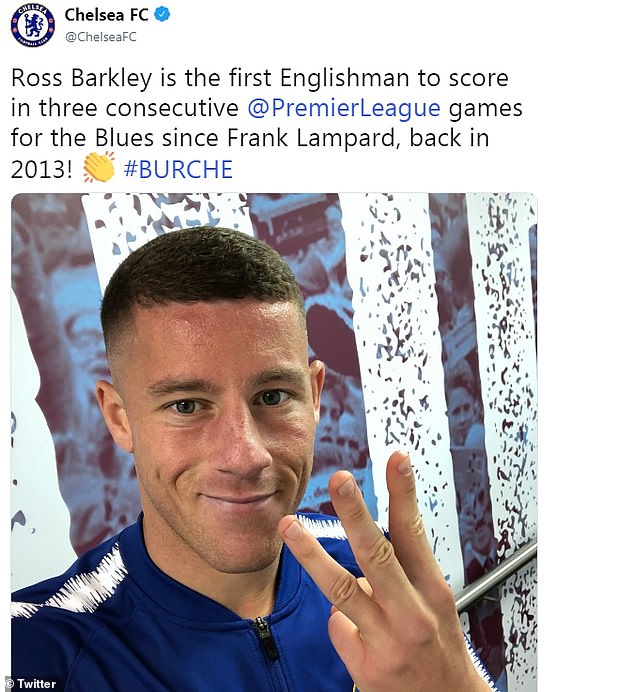 And earlier in the week Chelsea retweeted midfielder Mateo Kovacic who had uploaded the words ‘Is it 3 out of 3 or what?’ alongside a wink emoji, after he helped the Blues to a third straight Europa League victory.

One fan replied to the Jorginho tweet by writing: ‘Should have got Mourinho to do this one #3’. After seeing the Barkley photo, another wrote: ‘Ross getting in on the Mourinho salute’.

The conspiracists even implicated Ruben Loftus-Cheek after he held up three fingers following his hat-trick of goals against BATE.

Chelsea fan Dean Harris tweeted: ‘Even @rubey_lcheek getting in on the Jose salute’. 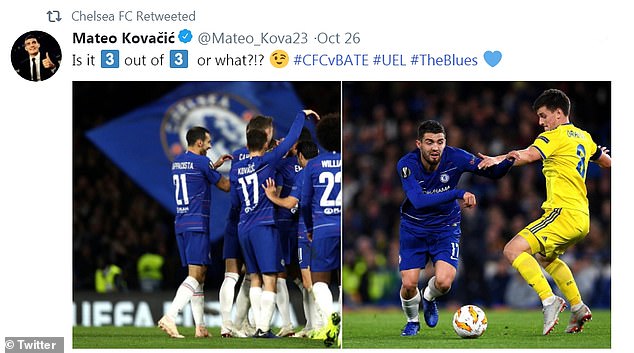 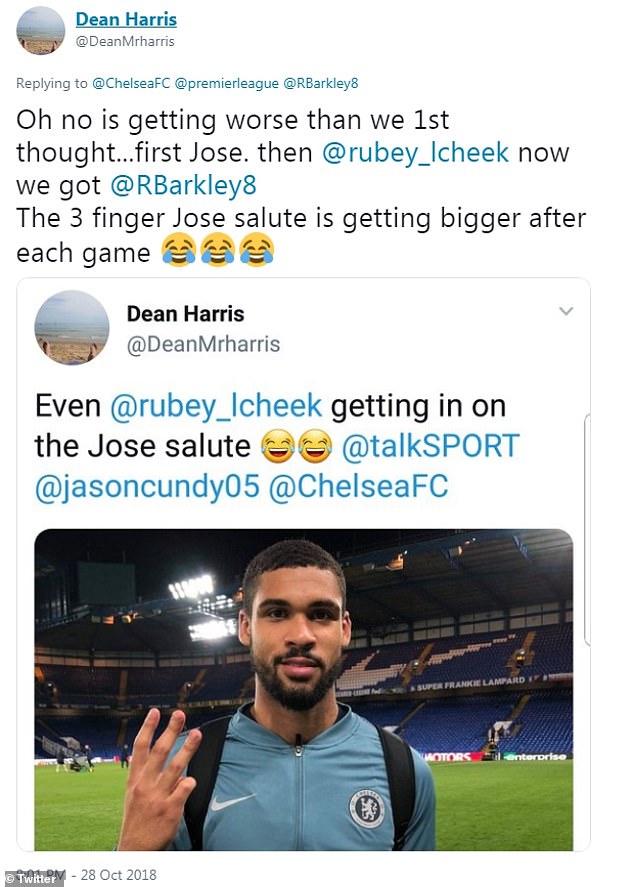 October 30, 2018 Soccer Comments Off on Have Chelsea been mocking Jose Mourinho over three-finger gesture?
NFL News