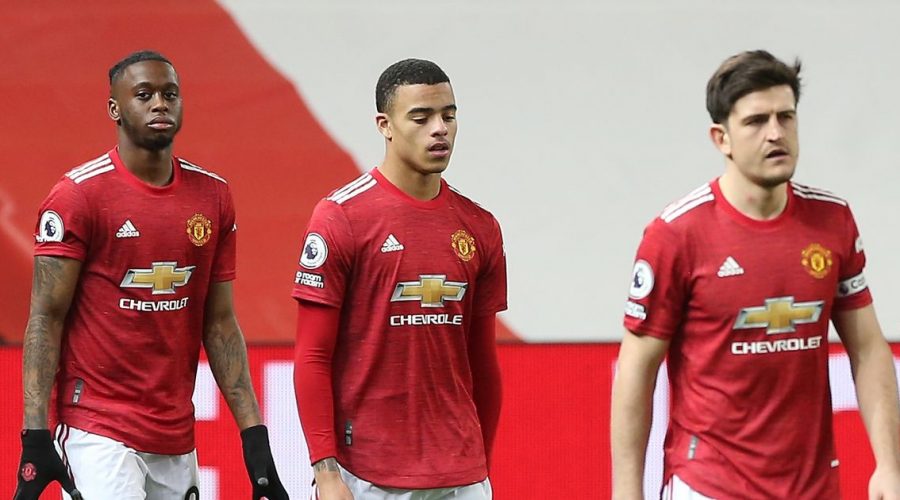 Harry Maguire was heard telling Aaron Wan-Bassaka to "tidy the f*** up" during Man United's 1-0 win against West Ham on Sunday.

United claimed all three points courtesy of Craig Dawson's second-half own goal to move back up to second in the Premier League.

And while it was another job well done for United at Old Trafford, captain Harry Maguire had some choice words for Wan-Bissaka.

The 23-year-old right-back gave the ball away with a misplaced pass and duly received both barrels from the England centre-half.

Despite his captain's criticism, Wan-Bissaka attempted 90 passes against West Ham at a completion rate of 90%.

Maguire, on the other hand, aimed 63 passes at a completion rate of just 86% – the joint-lowest success-rate of any of United's outfield players who started the match.

It was a busy evening for Maguire, who also received bang to the head mid-way through the first-half, but was able to carry on.

While his passing might not have been up to scratch, Maguire's leadership helped United to secure all three points ahead of an important run of fixtures both at home and in Europe.

Ole Gunnar Solskjaer's men face the second-leg of their Europa League last-16 tie against AC Milan at the San Siro on Thursday.

They'll then take on Leicester in the quarter-final of the FA Cup before Premier League assignments against Brighton and Spurs.

Wan-Bissaka and Maguire will be hoping to maintain United's strong defensive record as they continue to fight on three fronts.

The Red Devils have kept five clean sheets in their last six matches in all competitions.

The only goal they have conceded came against Milan as Dean Henderson's blunder gifted the Serie A side a late equaliser.

READ MORE: Jesse Lingard shows he has no problem with Bruno Fernandes after Old Trafford reunion