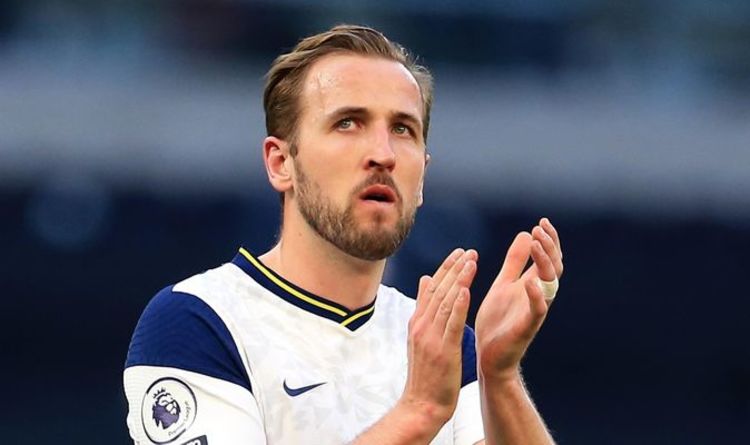 Harry Kane has made his long-awaited return to Tottenham’s training base to prepare for the 2021-22 Premier League season, amid reports that Manchester City are preparing a fresh offer for the striker.

The England captain reportedly wants out at Spurs, with Man City boss Pep Guardiola publicly expressing an interest in a transfer.

Kane was granted an extended summer break following his participation at Euro 2020 with the Three Lions.

However, he was initially expected to report back to Spurs a couple of weeks ago for regular testing and fitness sessions.

It later transpired that the 28-year-old had stopped off at the Bahamas on his way back from Florida, where he had spent his holiday after England’s crushing European final defeat.

The Sun reported that Kane was forced to quarantine at Spurs Lodge for five days before returning a negative PCR test.

He has now joined the rest of his Spurs team-mates as they prepare for their first top-flight fixture, coincidentally against City, according to Sky Sports.

Kane is now in a race to be fit for the match, which takes place on Sunday afternoon at Tottenham Hotspur Stadium.

He recently hit out at claims that he had refused to attend training in a bid to earn a move away from Spurs.

“It’s almost ten years since I made my Spurs debut. For every one of those years, you – the fans – have shown me total support and love,” Kane wrote in a statement posted across his social media accounts.

“That’s why it hurts to read some of the comments that have been made this week, questioning my professionalism.

“While I won’t go into the specifics of the situation, I want to clarify that I would never, and have never, refused to train. I will be returning to the club tomorrow, as planned.

“I wouldn’t do anything to jeopardise the relationship I have with the fans who have given me such unwavering support during my time with the club.

“This has always been the case as it is today.”

Last season’s Premier League golden boot winner has made clear his desire to win trophies and could still seek a move before the close of the transfer window.

City boss Guardiola is believed to want a move sorted next week once his side have navigated their match with Spurs.

Several reports have linked the top-flight champions with a new £127m offer for Kane, although Spurs chairman Daniel Levy is unwilling to budge on his £160m valuation.

Guardiola wants a new striker to complete his dream XI in the hope of winning a fourth Premier League title in five years.

The Spaniard has lost long-serving club legend Sergio Aguero to Barcelona on a free transfer.

It is likely that they will need to go further to prise Kane away from Spurs.