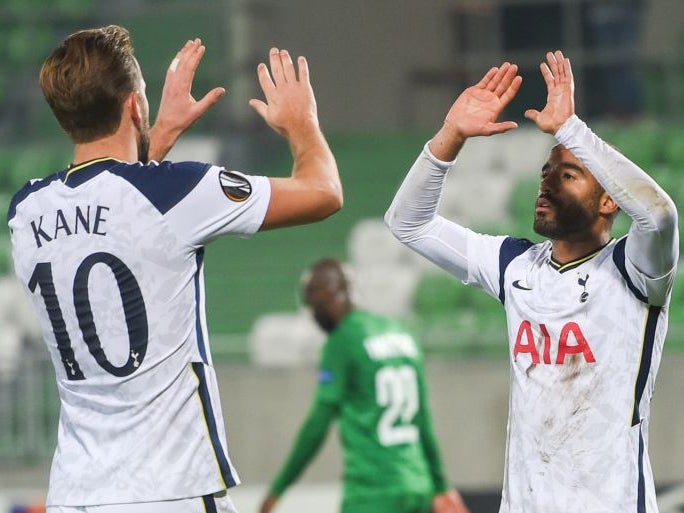 The win, where Gareth Bale continued to improve, helps them get a grip back on Group J and with the reverse game against Ludogorets – the weakest team in the group – they should have no problems progressing.

Kane was handed a start and would have fancied his chances of a goal glut against the Bulgarian minnows.

In fact, he should have brought the landmark up in less than 90 seconds but showed he is human as he wildly blazed over after Harry Winks’ fine pass put him in the clear.

He might have wondered if it was going to be one of those nights when he then thumped a 25-yard effort into a post shortly afterwards.

But there was a sense of inevitability about the goal that eventually came in the 13th minute as he climbed highest from Moura’s corner to bring up his double century.

Incredibly, 100 of those have come away from home and 36 in Europe.

It soon became apparent that it was just going to be a question of how many goals Tottenham would score as Lo Celso curled one over, Bale’s dipping free-kick was scooped away by goalkeeper Plamen Iliev and Moura missed from close range.

It was impossible for Moura to miss the chance laid on to him in the 32nd minute as Spurs doubled their lead.

Bale played Kane in down the right and the striker claimed another assist as he rolled a perfect pass across goal that Moura converted with ease. 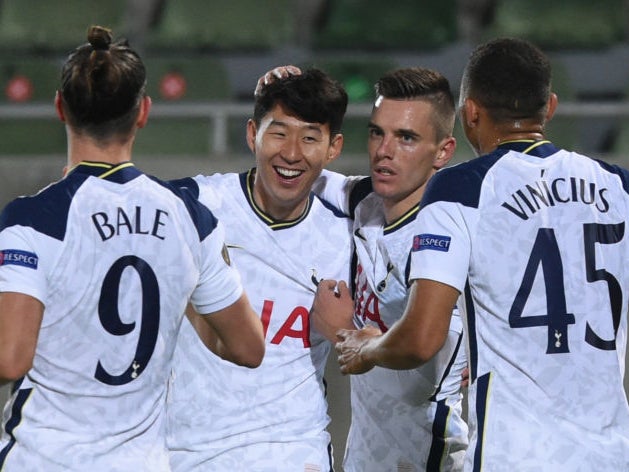 Kane could have ended up with a first-half hat-trick as he planted a header straight at Iliev and then saw the keeper deny him with a low save.

The striker earned the rest of the evening off as he came off at half-time, but Jose Mourinho might have regretted that after Keseru reduced Ludogorets’ deficit four minutes after the restart.

He was in the right position to turn home from close range after Bernard Tekpetey’s shot was deflected into his path.

Kane’s replacement, Carlos Vinicius, who is still settling in following his move from Benfica, should have opened his account when Lo Celso pulled the ball back to him, but he blazed over.

Mourinho sent Son Heung-min on just after the hour and he needed only 17 seconds to make an impact as he teed-up Lo Celso with a cute pass and the Argentinian made no mistake.