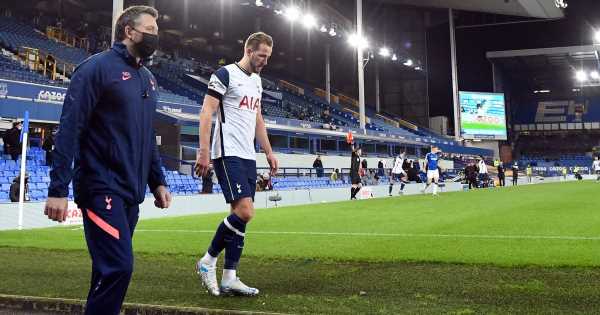 Kane hobbled off in the final few moments of Spurs’ draw with Everton last weekend and missed the midweek clash with Southampton.

There was hope that the England star could return for the Wembley showdown with Manchester City on Sunday.

And Neville, who will work on the game for Sky Sports, believes caretaker boss Ryan Mason will have Kane available.

Neville said: "Talk has surrounded Kane's fitness. The feeling is he will (play)."

Should Neville be correct, it will be a big boost to Mason following the sacking of Jose Mourinho at the start of the week.

Mason began his reign with a come from behind win over Southampton thanks to Son Heung-min's late penalty in north London.

Mason had said: "We are not sure yet, he didn't train with the team today but we will have more of an idea tomorrow if we can get him back on the pitch.

"It is a case of taking it hour by hour now, days are running out. We will have to assess it later tonight and tomorrow morning and see if we can get him out on the pitch.

"We are never going to put Harry in that position, absolutely not. We will see how he is tomorrow and we can make a decision from there.

"It is combined effort. How does the player feel, what do the medics say."