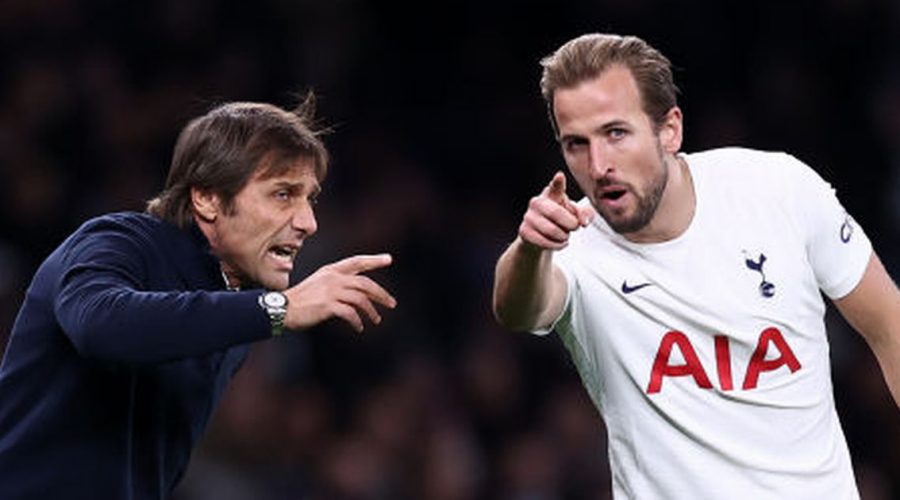 Harry Kane has been backed to emulate the form of Romelu Lukaku under the guidance of Antonio Conte at Tottenham, after the Belgium forward fired Inter Milan to Serie A glory.

Kane was lively against Leeds on Sunday despite falling to find the target, helping the home side come from behind to secure all three points and climb to seventh in the Premier League table.

With Conte leading the celebrations following his first league victory in charge of Spurs, their star striker has been backed to get back to his best during their upcoming fixtures.

Lukaku scored 64 goals and created another 17 in just 95 games under the Italian coach, including 24 in their Serie A triumph last year.

One man who knows a thing or two about scoring goals in the Premier League is Robbie Keane, who has backed Kane to hit the ground running under his new boss.

Keane said on Sky Sports: "If you look at Conte when he went to Inter Milan and what he did with Lukaku, he made Lukaku play in between the 18 yard box and that’s all he was worried about.

"When Lukaku was in the Premier League, he use to do a lot of running outside of the box – right-wing, left-wing. Harry has adapted to playing that kind of number ten role.

"Conte will say I want you further up the pitch as possible and stop dropping deep because you have players like Son who naturally drop off. You need your number nine, your focal point and Harry is that."

Will Tottenham win a major trophy under Antonio Conte? Tell us in the comments section

Kane, who has seven goals to his name so far this season, but only one in the Premier League, tweeted after their win: "Needed that! Second half performance was much better and the atmosphere was class."

With goalscorer Sergio Reguilon saying: "I am the most happy in the world.

"It’s my first goal in the Premier League and we get three points. Now we continue. When we attack, I have to have the mentality of the striker, that’s what the manager wants.

“Now, I feel dead, but I am also so happy as well. At half-time the gaffer told us to go man for man with extra effort. We gave it everything. This is the way now.

“Our mentality is like a big team. We get the three points. The players, we know we needed to give more [in the second half]. We focused on the game and kept going.”

Next up for Tottenham is a Europa Conference League clash against Mura, before Premier League ties against Burnley and Brentford.