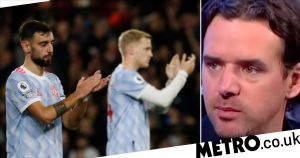 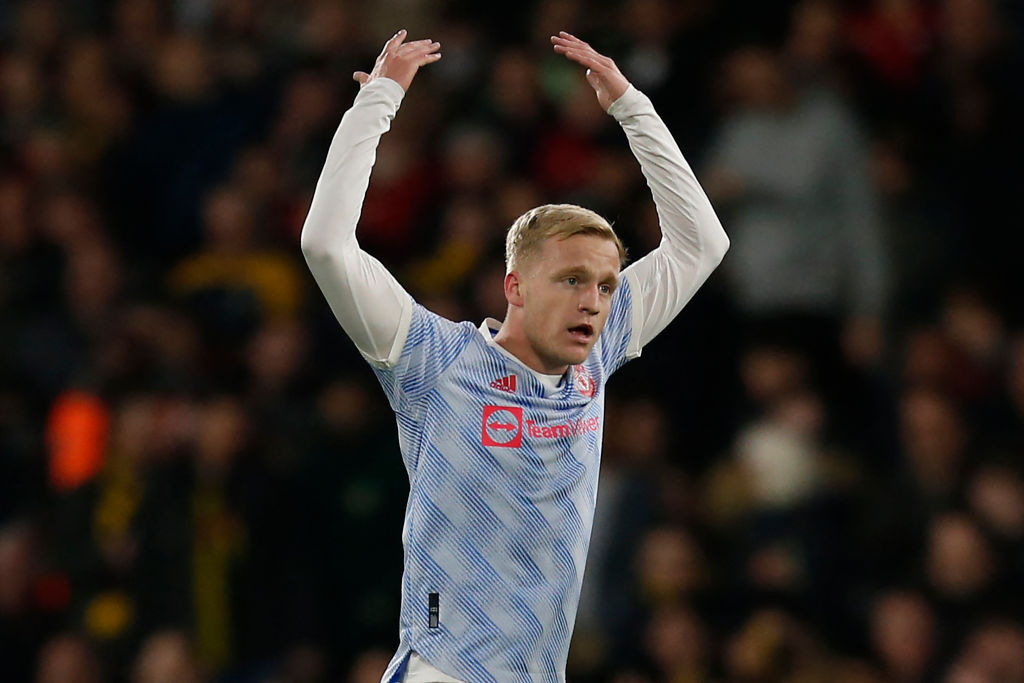 Owen Hargreaves has blasted Manchester United’s ‘completely unacceptable’ display after the side’s 4-1 defeat to Watford and believes Donny van de Beek was the only player to emerge with any credit.

The visitors were handed a lifeline as David de Gea saved two early Ismaila Sarr penalties, but Joshua King, a former United youth player, gave Watford the lead with a close-range strike on the half-hour mark at Vicarage Road.

Sarr doubled the hosts’ advantage on the stroke of half-time before substitute Van de Beek opened his account for the season to drag the Red Devils back into the breathless Premier League contest in the 50th minute.

However, United captain Harry Maguire was sent off for a second bookable offence with 20 minutes remaining and a pair of goals from Joao Pedro and Dennis put the Hornets out of sight deep into stoppage time.

The result piles yet more pressure on Ole Gunnar Solskjaer – with United losing seven of their last 13 matches in all competitions – and Hargreaves felt it was a new low for his former club in the wake of their humbling defeats to Liverpool and Manchester City.

‘They were thoroughly outclassed by a Watford side that are down in the relegation area,’ the ex-United and England midfielder said on Premier League Productions.

‘I thought the Liverpool and Manchester City games were very bad in terms of performance, but they played against the two best teams in the country. That today was almost worst because they were outplayed by a team with the situation that they’re in.

‘Ole said before the game there would be a reaction, but there wasn’t. They were actually worse than those two games so in that sense that was about as bad as it’s got I think.

‘There were a lot of questions leading up to it, you would have thought a two-week break would have maybe given them a little break coming into the Watford game. They’ve got Villarreal on Tuesday and they’ve got Chelsea on the weekend so it’s not getting any easier.

‘United have conceded more goals than Chelsea, City and Liverpool combined. Four months ago we said with the squad they had they were going to be in the title race and they were on paper.

‘They are so far out of the title race it’s untrue. It’s not working and that today was a bit shock even considering what we’ve seen against City and Liverpool. 4-1 against Watford, completely unacceptable.’

Van de Beek is still yet to make a single start in the English top flight this season, but took his opportunity with a spirited 45-minute showing with United up against it versus 16th-placed Watford in the second half.

According to Hargreaves, the Netherlands international was the one United player who could walk away from the clash with his head held high.

‘The only player that showed that really was Donny van de Beek when he came off the bench.

‘But you get the red card for Harry Maguire, De Gea’s been their best player this season and he conceded a couple of soft goals… there’s not just one thing.

‘The first thing they’ve got to sort out is their defence. United have got to score goals, but for the first time ever after 11/12 games they have conceded more goals than they’ve scored.

‘You look at Chelsea on the flip, that’s where you should be if you want to be a championship calibre team. Defensively it’s not working and they need to find a way to salvage it.’