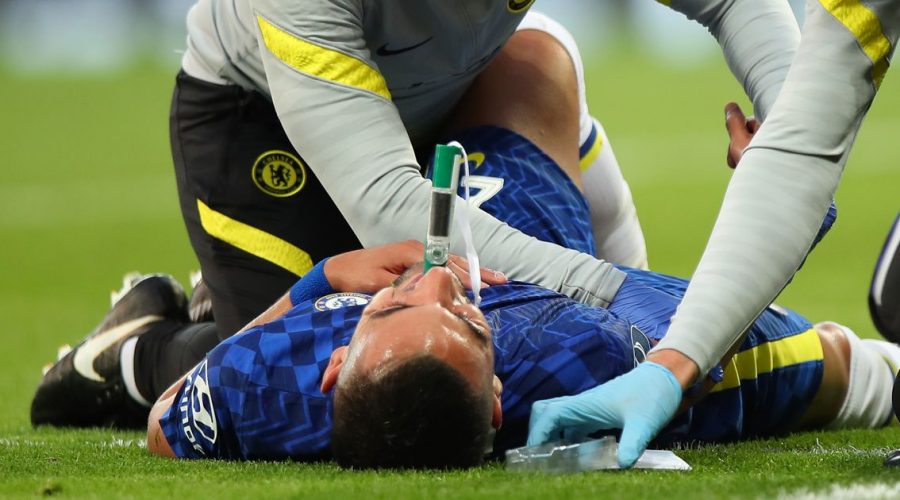 Hakim Ziyech's night when from a dream to a nightmare as the Chelsea goalscorer was forced off injured in the UEFA Super Cup and even required oxygen.

The Blues winger was left in agony after suffering a very innocuous injury before half time.

Ex-Ajax star Ziyech had given Chelsea the lead against Villarreal in Belfast with a cool finish.

But his night prematurely ended following an aerial challenge inside the Blues' penalty box.

Ziyech was caught around his shoulder after a Villarreal player lept for the ball.

And it resulted in the Morrocan slowly hitting the deck before the physios rushed on to support him.

Ziyech was clearly in a great deal of pain, and he required oxygen to help him breathe while treated on the pitch.

He was eventually walked away with his arm in his shirt as a makeshift sling.

Who will form Thomas Tuchel's attack in the opening weeks of the new season if Hakim Ziyech is sidelined? Let us know in the comments section.

If Ziyech has suffered a dislocated shoulder as feared, it could see him on the sidelines for a number of weeks.

With the 2021/22 Premier League season getting underway this weekend, it is awful luck for the Chelsea attacker.

He will have been desperate to impress in pre-season to ensure he remains in boss Thomas Tuchel's plans.

But this huge setback for Ziyech will do him no favours, and he will be gutted after scoring too.

At the start of the second half, Ziyech was spotted walking towards the Chelsea bench.

He had his arm in a sling still.