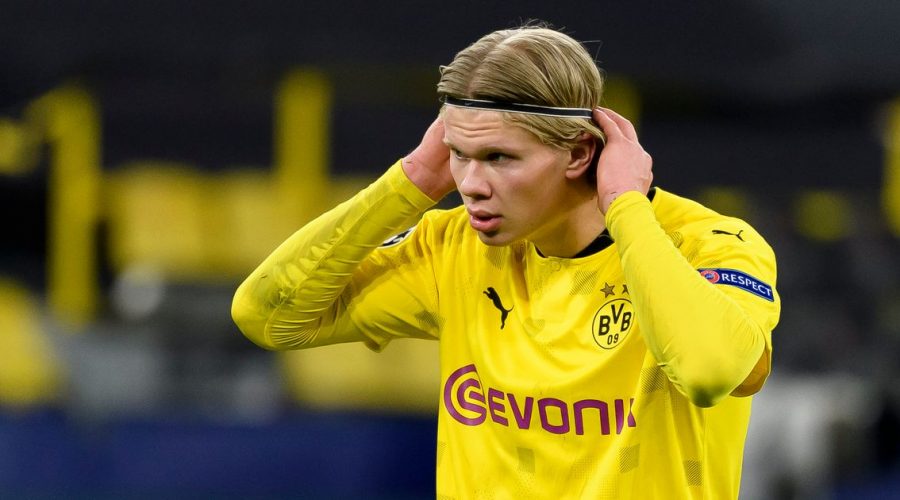 Erling Haaland has revealed the seven strikers he thinks are still better than him in world football.

Borussia Dortmund striker Haaland has emerged as one of the best frontmen on the globe over the last 18 months, and the Norwegian is currently the top scorer in the Champions League.

However, he clearly doesn’t think that highly of himself, having placed several others ahead of him in the rankings of the best striker in the world in an interview with VG.

Unsurprisingly, Juventus superstar Cristiano Ronaldo was on the list, along with Bayern Munich’s Robert Lewandowski.

The rest of the five were all from the Premier League, with some interesting pics from the Norwegian.

Argentine hitman Sergio Aguero perhaps won’t come as a shock, nor would Tottenham’s Harry Kane, who both made the list.

Pierre-Emerick Aubameyang, who has been a big name for Arsenal in recent years too, was also on it.

But Roberto Firmino was also given the nod by Haaland as a better striker than himself, even despite his slump in form this term and not even being an out and out striker.

But Haaland’s final pick is sure to cause an uproar, especially those who were unfamiliar with his work before joining Chelsea – Timo Werner.

Presumably Haaland was referring to the Werner that took RB Leipzig to the semi-finals of the Champions League last season, rather than the “blind horse” that has struggled for club and country since his £47.5m move.

Haaland also spoke about his move to Dortmund last January and discussing the idea of moving to the Bundesliga instead of the Premier League.

He said: "There were of course a couple of clubs involved, but at the same time I did not know too much about this.

"But it was I who first mentioned Dortmund to my father (Alf Inge Haaland).

"We were sitting at home in Salzburg and watching a game Dortmund played, and I said to him, 'Oi, look at that wall behind the goal. There had been something to play there.'

"I think he was half asleep on the sofa, but suddenly it became a reality. When I talked to them, I got a good vibe. I felt a little sold after that.

"What I liked so much about them was how direct they were. They said exactly how it was right for me. I liked that."

April 16, 2021 Soccer Comments Off on Haaland names Chelsea striker among the seven strikers currently better than him
NFL News