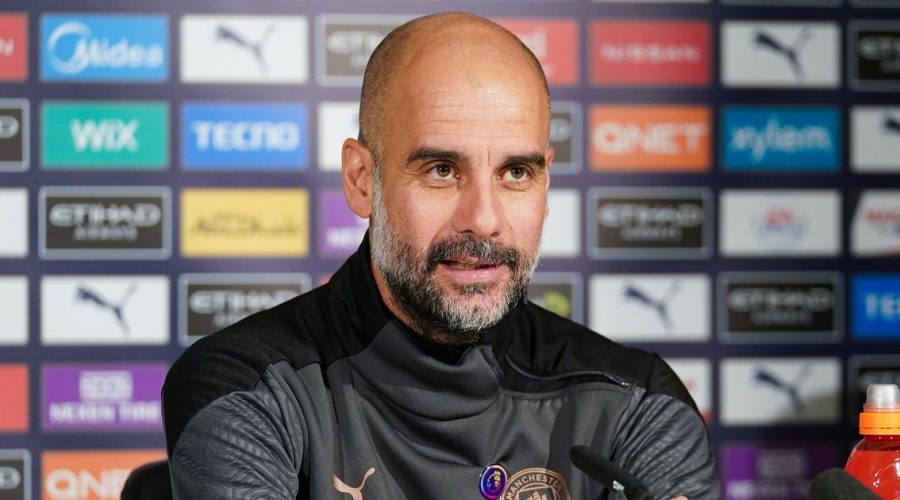 Pep Guardiola says Manchester City will refuse to allow some of their players to go on international duty next month if they have to isolate on their return.

City boss Guardiola said the club will step in and prevent players from flying off to play in 'red-zone' countries, which requires travellers to isolate for 10 days on their return.

Countries including Brazil, Argentina and Portugal are on the list, which could see Ederson, Gabriel Jesus, Fernandinho, Sergio Aguero, Bernardo Silva, Joao Cancelo and Ruben Dias prevented from travelling and having to isolate at such a critical stage of the season for City.

“It makes no sense if they have to isolate for 10 days,” said Guardiola.

“If they can come straight back to training, they’ll fly. We invest a lot of time and money, so if they cannot play with us it makes no sense.

“But there's no sense to do it and not play for 10 days when we're playing for the Premier League, the Champions League and we can’t play with these players. They're not going to fly.

“UEFA or FIFA might make something special. We’ve followed the protocols for eight, nine months, in the bubble, no restaurants, testing.

“Then afterwards, we leave the players and they go in a red zone and cannot play when we are playing every three or four days, I’m pretty sure FIFA and UEFA will understand this argument.”

March 5, 2021 Soccer Comments Off on Guardiola discusses which Man City stars will be released for international duty
NFL News