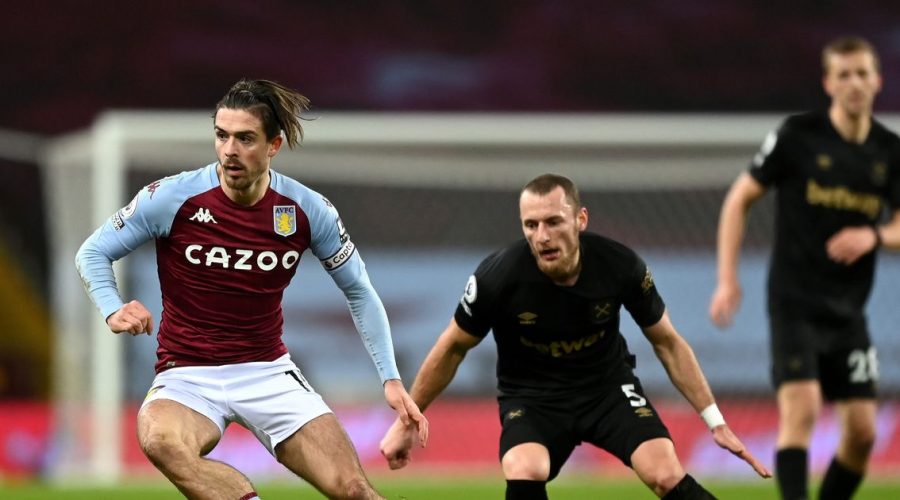 England star Jack Grealish is to face Czech Republic defender Vladimir Coufal months after the West Ham full-back "had him in his pocket".

The Aston Villa supremo has failed to start in any of England's games so far at Euro 2020.

Gareth Southgate will finally give him a chance by starting him against Czech Republic in their final Group D, after calls from fans.

But West Ham fans have pointed out that the forward's time to shine could be scuppered by Coufal.

When Aston Villa met the Hammers at Villa Park in February, David Moyes' side finished 3-1 winners after a brilliant Jesse Lingard double.

But Coufal drew himself swathes of plaudits for his excellent display against Grealish, who struggled to move past the full-back or make an impact on the game.

Coufal even shared a snap after the game of himself squaring up to Grealish, joking that he looked like a "psycho".

One England fan tweeted out: "Coufal absolutely pocketed Grealish in the league.

"Come on England. Get this right tonight Southgate."

Another said: "Good to see Grealish starting for England tonight, I was wondering where he was?

"He finally must of escaped Coufal’s pocket from the last time he played him."

And another fan added: "Grealish should play on the right, got pocketed twice by Coufal in the league."

Grealish offers Southgate a new option in attack, with the Villa captain known for his superb ball-carrying skills and well-known ability to draw fouls.

But he has never truly been fancied by Southgate up until this point, with Manchester City star Raheem Sterling earning his trust instead so far during the tournament.

The Three Lions will face Czech Republic from 8pm at Wembley Stadium in London.

July 3, 2021 Soccer Comments Off on Grealish to face "psycho" Coufal who "had him in his pocket" against West Ham
NFL News