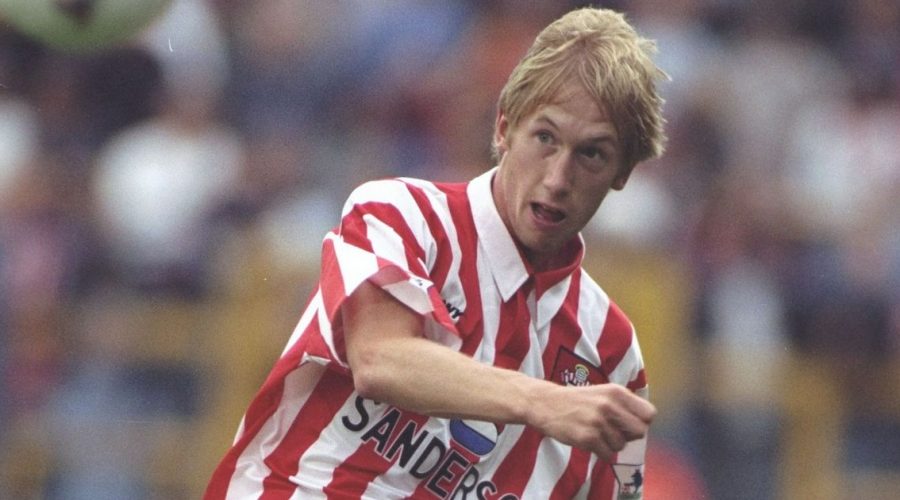 Chelsea boss Graham Potter has admitted he was a "bang average" player before he became a manager.

The former left-back spent most of his career in the Football League, most notably for Stoke City, West Brom and York City. But he did have a brief spell in the Premier League with Southampton.

The Saints signed him as a 21-year-old in 1996 and he went on to make eight appearances in the league the following season, including in their impressive 6-3 win over Manchester United.

When asked by Sky Sports what he was like as a player, Potter replied: "Average, bang average. I could play badly anywhere to be fair. I was one of those guys, wherever you wanted me to play. I could find the channel, find the stand quite easily."

He started out as a schoolboy at Birmingham City before spending three years at Stoke. After signing for Southampton, he made his one and only cap for England Under-21s.

Where will Potter's Chelsea finish this season? Let us know in the comments section.

Potter was only on the south coast for a season, though, joining West Brom where he made his way into the team following loans to Northampton Town and Reading.

In 2000 he moved to York City, whom he scored five goals for in 114 league appearances, with a season at each of Boston United and Macclesfield Town rounding out his playing days.

Shortly after Potter began his coaching career, taking his first managerial job six years later at Swedish side Ostersund. Their rise from the fourth division to playing Europa League football earned Potter a way back to England.

And the rest, as they say, is history, as he moved to Swansea City and then Brighton. It's safe to say Potter has had a far better time in the dugout than on the pitch now he's made it to Stamford Bridge.