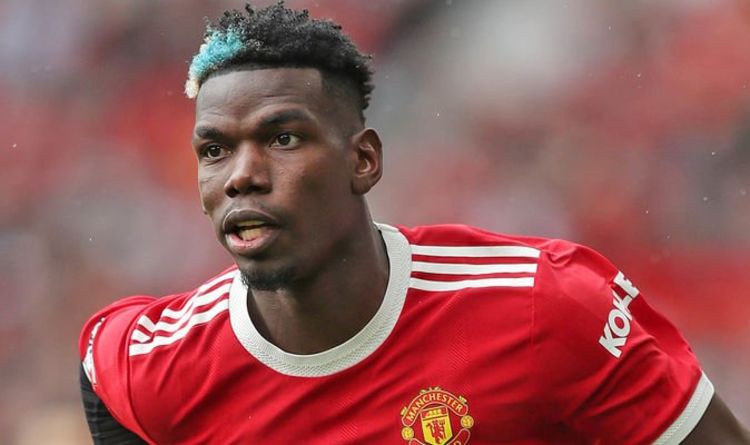 Sky Sports pundit Graeme Souness has refused to praise Paul Pogba despite his heroics for Manchester United against Leeds on Saturday. The France international was one of the best players on the pitch that day, shining as the Red Devils claimed all three points. But, despite that, he’s still not been hailed.

Manchester United were irresistible against Leeds on Saturday, putting on a show as they got their Premier League campaign off to a positive start.

But Pogba was similarly brilliant, with the France international registering four assists as United ran riot in front of a packed out crowd.

It was quite a showing from the midfielder, especially given the constant transfer links to Ligue 1 side Paris Saint-Germain.

Yet Souness, speaking on Sky Sports, has refused to praise the United star.

He did single out Greenwood for praise but, when Micah Richards said Pogba got four assists, the former Liverpool star brutally said: “You expect that from a £100million player.”

Souness may have a bit of a point.

After all, given Pogba cost the club a massive £89million upon returning from Juventus in 2016, fans have every right to expect big performances.

But, still, the United star was deserving of more praise after his imperious display.

Fortunately, he got it from elsewhere. Manager Ole Gunnar Solskjaer, speaking after the game, lauded Pogba for his fitness.

“Impressive, Paul’s always got that vision, he’s got that quality,” said the Norwegian.

“I know the headlines will probably be about Bruno but it’s a team effort, the space Mason [Greenwood] creates for Bruno to open up the channels, what everyone does ahead of the goals has been worked on this week.

“Paul, I’m very impressed with his fitness levels as well, he’s not been with us for too long and he looks fit, raring to go, enjoying his football.

“I love Paul bringing all his boys smiling when they’re playing football.”

Solskjaer also said that this was the ‘real’ Manchester United, who have blown hot and cold ever since Sir Alex Ferguson’s retirement in 2013.

“It was electric, absolutely magic. It does mean a lot for the players. This atmosphere gives you the extra edge and energy.

“You can’t replicate that from a team-talk. When you run down that end and you score four goals like we did second half, it’s just the best feeling in the world.

“There’s always the next game, but this is a great start.

“This is, for me, the way I want to see my team play, not just because it is Leeds. I want to see them running going forward, taking risks, and we looked fit – some of these players have not played more than 45 minutes.”

“It was for a number of reasons, none of them the high press or the individual performance of a player.

“The succession of goals after we equalised, we couldn’t react. In general lines, they were superior to us clearly.

“In the previous game [last season] there were moments with a big difference between the two teams, in this game those moments were less.”