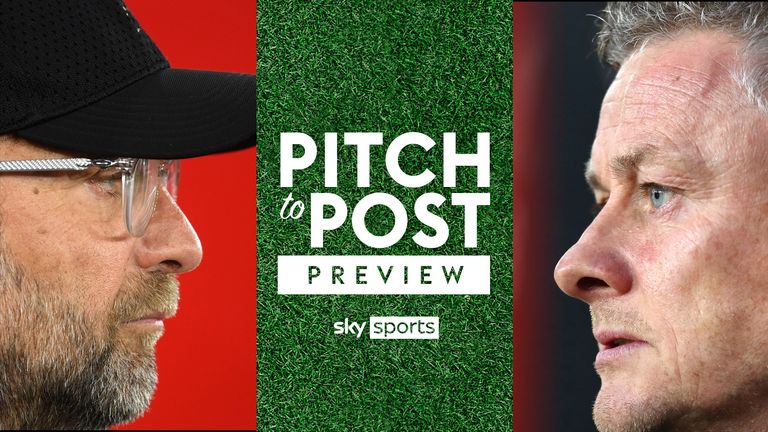 Graeme Souness insists Liverpool will be nervous going into a game against Manchester United for the first time in years, but should edge it.

Speaking on the Sky Sports’ Pitch to Post Preview podcast, Souness provided an in-depth preview for the Super Sunday clash, which could see United stretch their lead at the top of the Premier League to six points.

Nine wins in 11 has edged Ole Gunnar Solskjaer’s side ahead of the champions, who have suffered with inconsistency this term, which Souness has in large parts put down to the long-term injury to Virgil van Dijk in October.

Liverpool will be nervous 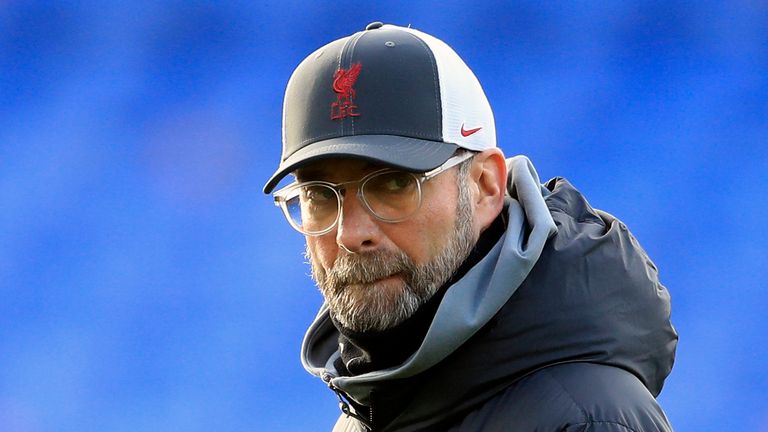 When you’re a top team, you only worry about yourselves. That’s been the case at Liverpool the last few years, but this season is difficult. Liverpool are huffing and puffing, that is a fact, it’s not me picking a dramatic statement out of the sky. They are not the same team, not finding the same consistency, but they sit second in the league.

They will think that even with them not being at it, they are still second and very much in the fight. But if there’s one game United want to win, or one game Liverpool want to win, this is the one. The rivalry is enormous and has always been there; they are two monstrous football clubs with monstrous successes behind them.

I think for the first time Liverpool will go into the game nervous. For the last two years it has been non-stop plaudits for them, and correctly so because the football has been magnificent. But that has not been there this season, consistently. That’s why they’ve dropped points you wouldn’t have imagined them to.

When they are at their best they bully teams, especially high up the pitch. But I don’t see that consistently this year.

United are going there as a group of players feeling like they can get a result. If they do that, it adds to their momentum.

If you’d have asked me at the start of the season if United would be facing Liverpool at this point of the season three points ahead, I would have said that isn’t going to happen. But we’re in the most unusual of unusual seasons that I can remember, but fair play to United, they’ve played with a dogged determination and crawled themselves right into the fight.

No better time for United to go to Anfield I think when you start to win games there is a confidence that starts to permeate throughout the group.

For United, they’re going to Anfield at a good time. I don’t think there is a better time. Liverpool are searching for consistency, and that was one word you’d have attached to them for the past three years. Their consistency levels have been fantastic, and that’s why they’ve won some big trophies.

But this year they are scratching around, and I think you can directly trace it back to losing Virgil van Dijk early on. They’ve lost Joe Gomez and Joel Matip, dropped Fabinho back in there, and the general disruption of what was a very set group of players.

If you go back to the start of the season and you sat down with Jurgen Klopp and asked: ‘Who is the one player you don’t want to be injured for a lengthy time this season?’

Some people might say Mane. Others might say Salah. But I think they’ve got goals in the team. But you haven’t got anyone to replace Virgil van Dijk. He is the glue that keeps everyone together at the back.

So going back in recent history, I don’t think there has been a better time for United to be going to Anfield. This is as good as it will get for them. They will go there believing they can get a result.

Defence is a dilemma for Liverpool The obvious dilemma is what centre-backs Liverpool go with. Does he stay with Fabinho and centre-back? I think he will, which takes something away from the midfield. I would think Liverpool’s concern will be the centre-backs. I can see Liverpool conceding a goal, but on the other hand I can see them scoring too.

The front three have to turn up and the midfield three must show that dominance they’ve shown the last few years.

That midfield should be on the front foot all the time, very aggressive, and if you’re playing against them you never get your chance to get your head up, you’re under pressure, making you make passes where you’re harrying or giving the ball away cheaply.

Liverpool will think they can get joy in midfield; I’d imagine Ole Gunnar Solskjaer will go for a more pragmatic approach, and the biggest threat will be Bruno Fernandes. He was quiet against Burnley and didn’t really turn up against Man City, but we know what he is capable of.

These are the games, this is why you pay the big money for these big players to turn up. That’s why you break transfer records, you expect your men to be the difference on these days.

Can United win the league? Not impossible

They’ve dragged themselves back into the fight for the championship. But are they playing the type of football that would suggest they can win the league? I’d say no.

They’ve done really well. At United, when they’re doing well the praise is enormous, and when it’s not going well, the criticism is enormous. So they’ve weathered that storm, and have shown they can deal with those pressures.

Would it be impossible for them to win the league? No, they can get there. But I go back to just a short week ago, the Man City semi-final, City were another level. I think the momentum has started with them too. I just think there are better teams than United right now.

On an even pitch, if you could guarantee they all had the same amount of luck with injuries, I don’t think United would win it, but it’s not impossible.

If this was any point in the last five years, I’d predict Liverpool to win all day long. I can’t say that this time around because there is a concern in the middle of defence, and I see them being vulnerable there.

United will carry a threat, and I know it’s an old cliché to talk about Anfield, the extra man, what the crowd brings to the game: that’s not there. I’ve played in front of them and know how fantastic they can be, especially in this game. And it’s very difficult for a referee not to give a penalty in front of the Kop. That goes against the home team this time around.

It’s a difficult one to call, but I have to believe Liverpool will turn up on the day, Alisson will have a very good day, the back four will hold tight, and Liverpool will just have too much for them on the day.

In a special Pitch to Post Preview Podcast we look ahead to Sunday’s blockbuster between Liverpool and Man Utd at Anfield.

Sky Sports pundit Graeme Souness joins Peter Smith to discuss the big match, including why the hosts will be wary of their rivals and which players must stand up and deliver for their side.

We also get the latest team news and possible starting XIs from Sky Sports News reporters James Cooper and Vinny O’Connor, while football writer Lewis Jones – AKA Jones Knows – makes his Pitch for what will happen in the game.

January 14, 2021 Soccer Comments Off on Graeme Souness: Liverpool will be nervous against Manchester United, but should edge it – Pitch to Post podcast
NFL News