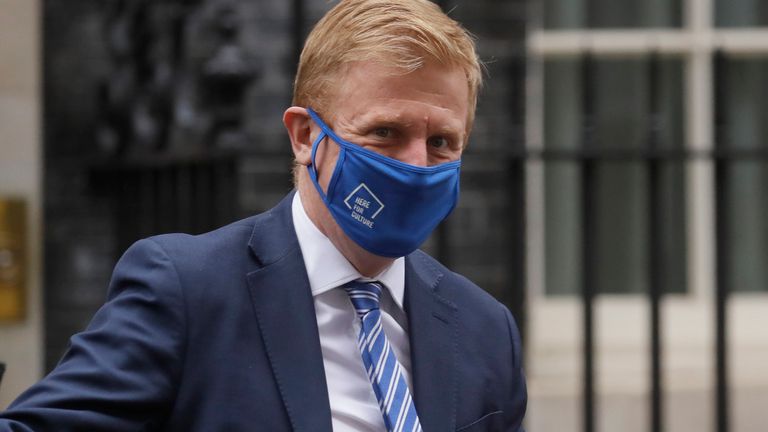 Social media giants could face multi-million pound fines for failing to crack down on racist abuse on their platforms, the Culture Secretary said.

The sporting world will hold a boycott on their channels starting on Friday afternoon, with many players, clubs and broadcasters joining forces to say that online abuse is not acceptable.

A bill on Online Safety is due before Parliament this year and is expected to set out a duty of care to which tech companies must adhere, with large financial penalties for those found to be in breach.

I want footballers and everyone else to know that we have heard them and change is coming.

I will shortly introduce legislation into Parliament that will show abuse the red card and ensure social media firms stamp it out.

And, writing in The Sun, Oliver Dowden suggested that racist abuse will be among the harms that social media companies have to stamp out.

He wrote: “Under the legislation, if social media companies do not keep their promises to users by, for example, failing to remove racist abuse, they will face severe sanctions.

“We could see fines of up to per cent of annual global turnover. For a company such as Facebook or YouTube, that could be billions.”

He added that the threat of enforcement would get social media companies to act.

He added: “We can’t stop people from being prejudiced, or from typing abuse into their phone, but we can take steps to strengthen our rules, and improve our detection and enforcement.”

He said work to bring about change must also take place offline, writing: “No single thing will fix this challenge overnight but we’re committed to doing what we can to keep our community safe from abuse.

“We’ll continue our work with the football industry, Government and others to effect change through action and education.”

Sky Sports is committed to making skysports.com and our channels on social media platforms a place for comment and debate that is free of abuse, hate and profanity.

If you see a reply to Sky Sports posts and/or content with an expression of hate on the basis of race, colour, gender, nationality, ethnicity, disability, religion, sexuality, age or class please copy the URL to the hateful post or screengrab it and email us here.

Kick It Out’s chief executive Tony Burnett sat down with Sky Sports in February to discuss the ongoing fight against online hate in football.