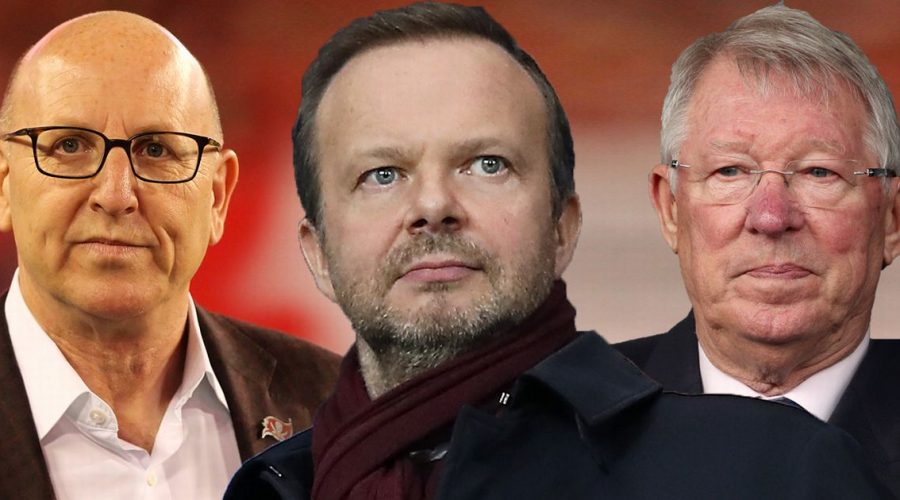 Manchester United were rocked to their core last week during a crazy 48 hours in which the club sign up for the controversial European Super League, U-turned on the decision, and then said goodbye to their executive vice-chairman.

United announced late on the night of Sunday 18 that they were signing up for the breakaway league alongside 11 other clubs.

Both Red Devils co-owner Joel Glazer and executive vice-chairman Woodward were heavily involved in the venture, and have both in some ways paid the price following its demise, with the latter leaving his post and the former in the dog house with the fans.

Here we look at three key moments during a hectic 48 hours that rocked United last week.

When the news of the European Super League broke on Sunday night, Glazer released a statement, which was shared on United's website as well as Man City and Liverpool's.

The statement claimed that the competition would "open a new chapter for European football, ensuring world-class competition and facilities, and increased financial support for the wider football pyramid."

Glazer later U-turned when Man United announced they had changed their mind.

"We got it wrong, and we want to show that we can put things right," he said.

"In seeking to create a more stable foundation for the game, we failed to show enough respect for its deep-rooted traditions – promotion, relegation, the pyramid – and for that we are sorry."

Glazer has no intentions of selling United despite an increasing amount of Red Devils supporters calling for him to walk.

And Glazer reportedly wanted Woodward to remain in his role too.

So much so that he actually called Woodward and asked him to reconsider his decision, but his command fell on deaf ears.

Woodward was left with no choice but to walk when the project he had been a key part of crumbled before his very eyes.

The 49-year-old had actually decided he would be standing down as United executive several months ago.

He has taken a step back in recent years, with Matt Judge and recently appointed football director John Murtough now in charge of transfers at the club.

But Woodward decided to move the announcement forward after his huge mistake.

The former accountant feels irreparable damage has been caused between the big six and the rest of the Premier League, and he hopes his resignation will act as something as an apology to United fans.

After the announcement was made, Glazer said: "Ed Woodward has served the club with great distinction.

"On behalf of everyone at United, I would like to place on record our sincere thanks for his tireless work and dedication. His contribution to the club has been massive."

So what next for Man United? Well, the club will need to replace Woodward with a suitable candidate.

Currently, there are a handful of names in the hat, but Peterborough United Director of Football Barry Fry thinks the Red Devils should ask for the opinion of legendary manager Sir Alex Ferguson before making a decision.

"I think if I owned Manchester United, I'd be going to Sir Alex and saying, 'What do you recommend?'" Fry told FootballFancast.

"Because as he proved for 26 years, with the amazing career he had there, there will never be anybody like that, winning so many trophies, he's respected throughout the world and he knows everybody.

"I would definitely, if I was anything to do with Manchester United, be going and saying 'What do you suggest?'"