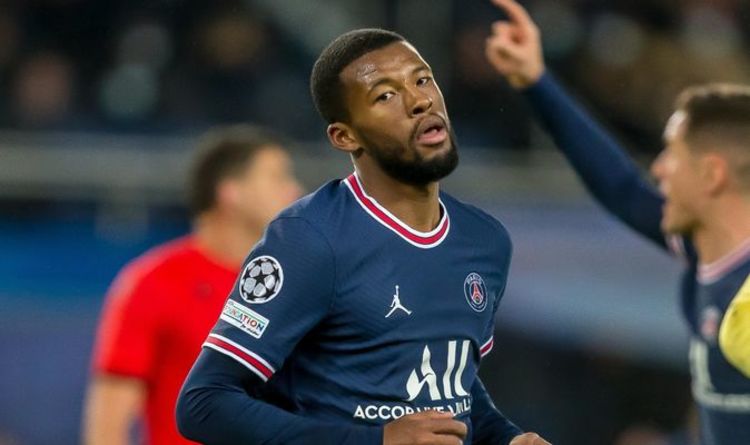 According to Sky Sports, Wijnaldum is keen to make a Premier League comeback this month.

A loan switch has been touted as a possibility for the former Newcastle United and Liverpool midfielder amid suggestions he’s unhappy in the French capital.

Wijnaldum could be growing frustrated with his role in Mauricio Pochettino’s all-star squad at the Parc des Princes.

He’s started just nine league games as part of a constantly-rotated PSG midfield and will want more consistent minutes ahead of the World Cup later this year.

And Wright believes Mikel Arteta should view the Netherlands international as a serious option to bolster his ranks in the fight for a top-four finish.

On the Kelly & Wrighty Show, he said: “People like Thomas Partey obviously going away; you do need to then maybe bring in Wijnaldum. I saw Wijnaldum’s name.

“That would be amazing. A loan signing from PSG. Someone like that in the midfield, experienced. He’s a Premier League winner.

“Just to help with the youngsters and someone like a Sambi Lokonga, just to keep it going. Then they can just start adding on to the squad.”

Arteta is facing midfield issues in the new year, largely due to the delayed 2021 African Cup of Nations taking place in Cameroon.

He has lost Thomas Partey (Ghana) and Mohamed Elneny (Egypt), and both could be absent for over a month.

Ainsley Maitland-Niles also recently completed a loan move to AS Roma until the end of the season.

The Gunners are in the thick of a battle to return to Champions League football in the Premier League, currently leading West Ham United, Tottenham Hotspur and Manchester United in fourth.

They also have a two-legged Carabao Cup semi-final against Liverpool on the horizon and travel to Nottingham Forest in the FA Cup Third Round on Sunday.

Arteta will be considering options with Edu, and Wijnaldum, a Premier League and Champions League winner with Liverpool, will surely pose as an enticing option.