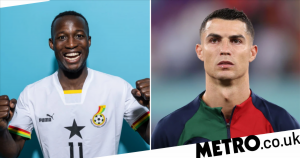 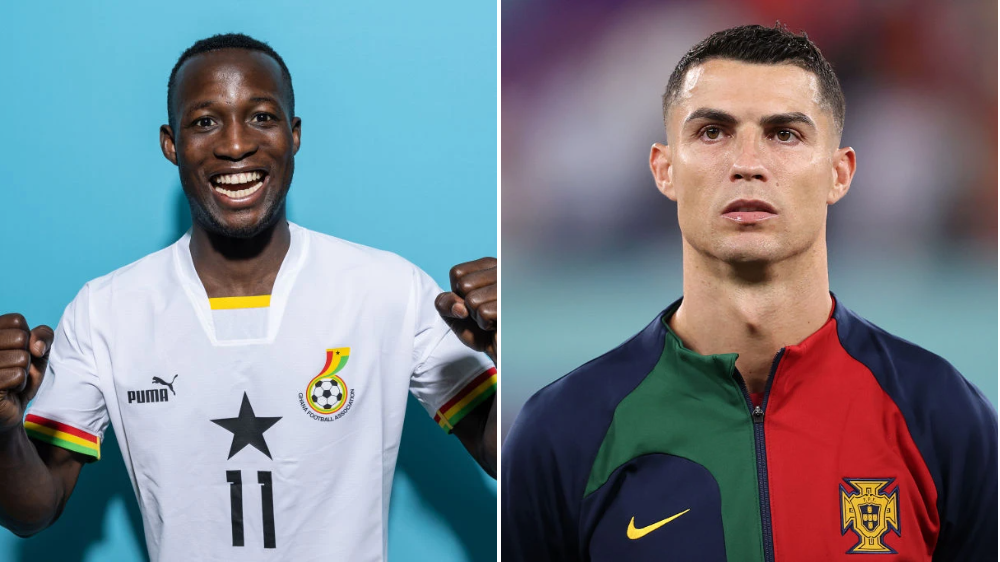 Ghana star Osman Bukari has denied disrespecting Cristiano Ronaldo during his side’s World Cup defeat to Portugal and says he only copied the striker’s trademark celebration as he was ‘overcome by emotion’.

Portugal kick-started their World Cup campaign with a thrilling 3-2 victory over Ghana in Doha on Thursday.

Ronaldo, playing for the first time since his controversial interview with Piers Morgan and his subsequent release by Manchester United, won and converted a penalty to give Portugal a second-half lead.

In doing so, the five-time Ballon d’Or winner became the first man to score at five World Cups and moved ahead of long-time rival Lionel Messi with nine World Cup goals.

Portugal, the European champions in 2016, were 3-1 up with ten minutes remaining but Red Star Belgrade winger Bukari set up a tense finale when he headed home Ghana’s second of the evening late on.

After giving Ghana hope of a late comeback, Bukari sprinted towards the side of the pitch and emulated Ronaldo’s famous celebration.

This led to claims that the Ghana star was disrespecting Ronaldo, who did not look best pleased as he watched events unfold on the bench after being subbed off, but Bukari insists no offence was intended.

He added: ‘Yes I think so. But it depends on what he wants. I don’t know what he wants for his life. He has to speak with his family and decide for himself, right?

‘I support his decision in terms of, it’s his decision. He’s my team-mate in Portugal – if he’s happy, we’re happy. We are happy to know that we can still count on him – not just the goal but he worked a lot for the team.’