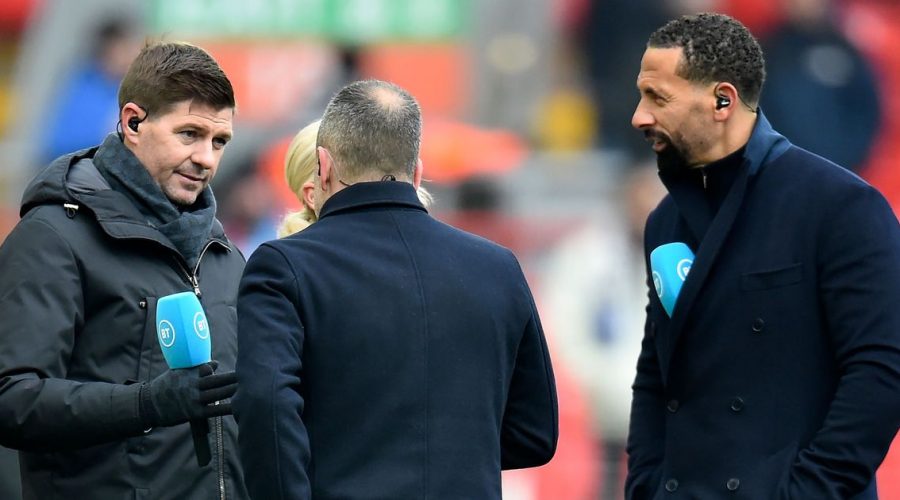 The England and Borussia Dortmund midfielder is one of the most in-demand young players in the world following his brilliant displays for his country at the World Cup. The former Birmingham City youngster has been linked with a host of Europe’s top clubs, including Liverpool and Manchester United.

Asked about the prospect of his former club winning the race to sign the 19-year-old, Gerrard said he would be happy to play his part.

READ MORE: Steven Gerrard asks 'when is it going to stop' over Chelsea's transfer strategy

“The timing of your question is not fair if you like because Liverpool are in the middle of the table, for example,” said Gerrard during BT Sport’s coverage of the Reds’ lunchtime kick-off against Chelsea.

“But I’m sure Jude’s bright enough to go hang on. There’s a stand going up here, this is going to be a 60,000-seater stadium. They’ve got one of the best five managers in the world, they’ve won the Premier League of late, they’ve been in Champions League finals of late.

Do you think Jude Bellingham should go to Liverpool? Tell us in the comments section below

“They pay very well here – that’s a fact, you have to get that out – they’ve got some fantastic players here, they develop players here so it ticks an awful lot of boxes, but Liverpool at the moment right now are obviously in the middle of the league.”

Fellow pundit Ferdinand then quipped: “You sold it very well there, Steven.”

Gerrard added: “Because I want him! All he needs to do is send his diary to me when he’s got a free day, I’ll fly to Dortmund personally, take him out for a nice dinner and we’ll talk about it.”

Ferdinand then took to Twitter, using that Gerrard quote and adding: “Agent Stevie making his move for Jude Bellingham before kick off.”