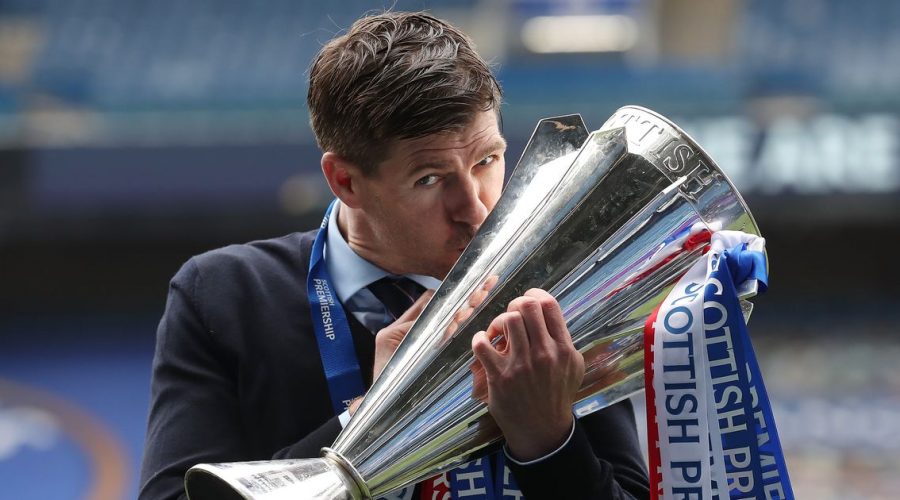 Liverpool legend, and current Rangers boss, Steven Gerrard is one of the names Daniel Levy is considering for the vacant managerial role at Tottenham Hotspurs.

Tottenham have been without a manager since Jose Mourinho was axed the week of the Carabao Cup final, in May, which Tottenham lost to Manchester City.

Gerrard, meanwhile, led Rangers to their first Scottish Premiership title in over a decade last season, as the Gers pipped Celtic to the post – stopping them from winning their 10th in a row.

And Gerrard has emerged as a potential target for Levy to take the hot-seat in North London, according to the Telegraph.

Gerrard has been named – in the report – alongside Italian gaffer Roberto Mancini and Brighton’s Graham Potter, as targets admired in North London.

However, as things stand, no approaches for any of the three have been made.

Tottenham recently filed in their pursuit of Sevilla's boss Julen Lopetegui, and they reportedly tabled a 'dizzying' offer, however, Sevilla were quick to block the approach.

Spurs have also failed in moves for Gennaro Gattuso – who lasted 23 days in Tuscany at Fiorentina – and Ajax's Erik ten Hag, but Levy remains hot on the latter.

Do you think Tottenham should pursue Gerrard? Let us know in the comments section

Gerrard's odds have been slashed for the vacant Tottenham position, and his name has also been thrown around for the Crystal Palace job, alongside old rival Frank Lampard.

The Liverpudlian has been successful at Rangers, and he will lead the Gers into their first Champions League campaign in a decade next season.

June 30, 2021 Soccer Comments Off on Gerrard among those ‘admired’ by Spurs as Mourinho replacement hunt continues
NFL News