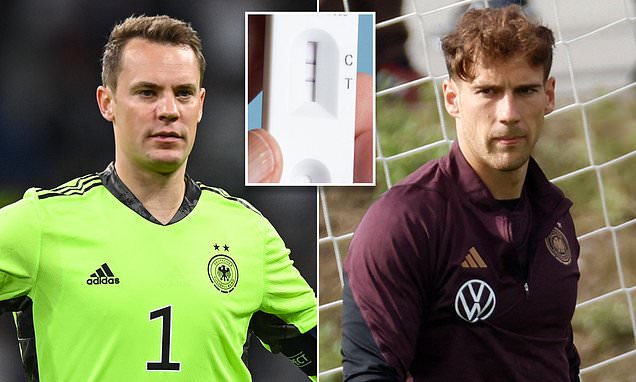 Manuel Neuer and Leon Goretzka will miss Germany’s Nations League matches against Hungary and England after testing positive for Covid-19.

The Bayern Munich pair have been isolated from the rest of the team and have departed the squad hotel.

Hoffenheim goalkeeper Oliver Baumann, who is 32 years old but uncapped, has been called up to replace Neuer. 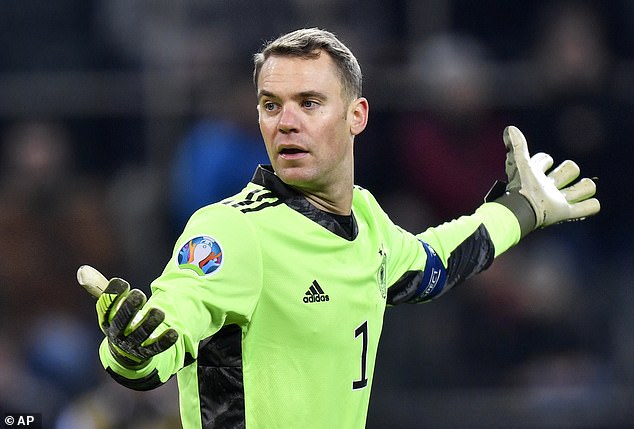 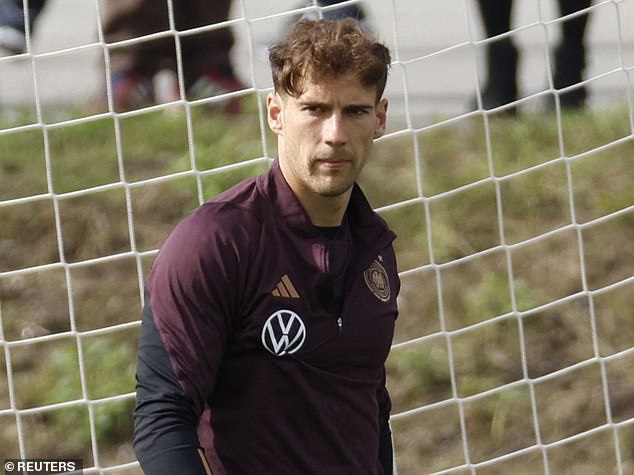 Germany are currently second in their Nations League group, having won one and drawn three of their four matches in June.

113-cap Neuer was set to be one of 10 national team captains to wear a rainbow ‘OneLove’ armband in this month’s Nations Leagues matches in a statement against discrimination and for diversity. 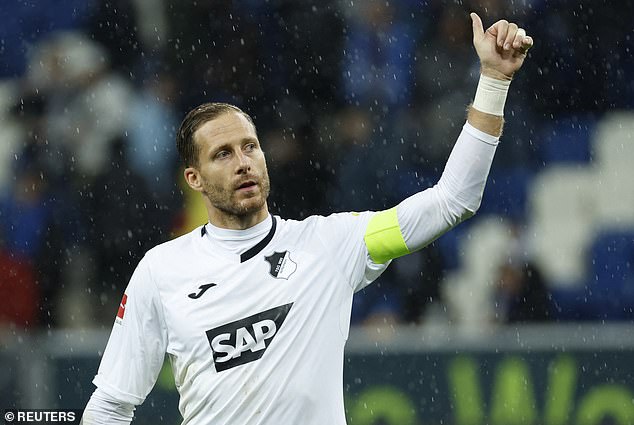 Uncapped Hoffenheim goalkeeper Oliver Baumann, 32, has been called up to replace Neuer

Skippers from Germany, Holland, Belgium, Denmark, France, Germany, Norway, Sweden, Switzerland and Wales are taking part in the gesture over the next week and at the World Cup in Qatar.

Neuer, 36, has played every minute of the current Nations League campaign so far, while Goretzka – who has 44 caps – started two of the matches in June and came on as a substitute against England in Munich.

England were forced into a personnel change of their own on Tuesday, as fit again Jordan Henderson replaced Kalvin Phillips after the Manchester City midfielder withdrew due to injury.