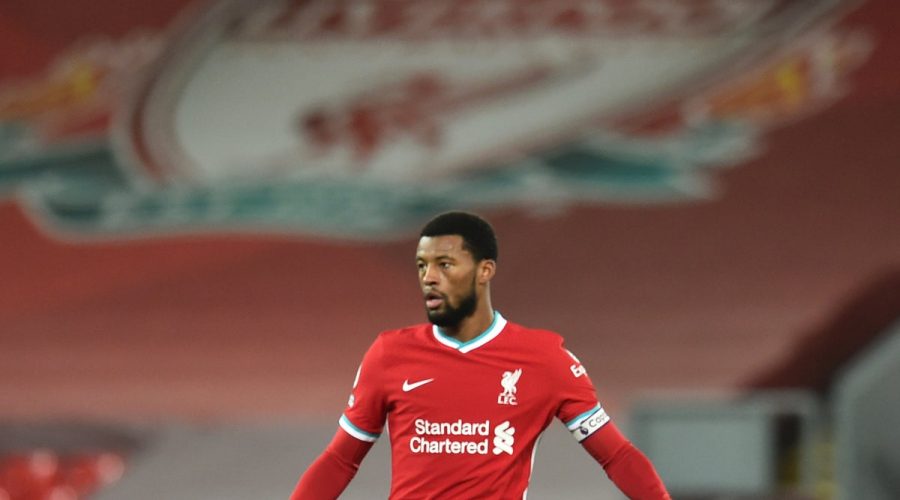 Liverpool midfielder Gini Wijnaldum has clarified that there is no change in his circumstances regarding his future, as he enters the final months of his contract at Anfield.

The Dutch international has been one of the few players regularly available to Jurgen Klopp this season, with several midfield and defensive team-mates succumbing to injuries.

It has left the No. 5 as a must-start senior option for most of the campaign, despite being arguably the player with least certainty about his long-term future at the club. To his credit, Wijnaldum has been an extremely consistent performer despite the background noise and he is keen not to let an absence of clarity regarding his contract detract from the fact the Reds must put matters right on the pitch.

He appreciates that supporters will want to know what is the plan over the longer term, but urges patience on the matter.

“You want to hear what’s going to happen but on the other side, for me, if there’s nothing to say and no news I cannot say something.

“I hope they can understand that and I hope they will stay patient until there’s news.”

With Liverpool losing five of their last six Premier League games, the former Newcastle man says the focus has to be on a return to form and positive results, rather than looking at off-pitch matters.

The Reds have dropped to eighth in the table, well outside the reckoning for a Champions League berth, amid a historically bad run of league results at Anfield in particular.

“The most important thing right now is that we fix things in the game as a team and we get results.

“Talking about an individual, in this case about me and my contract situation – because I just said there’s no news, I think we can focus on better things than on my situation. When there is news, we will bring it out.”

Wijnaldum started the weekend defeat to Fulham and is likely to be again involved in midweek, when Liverpool play RB Leipzig in the Champions League.