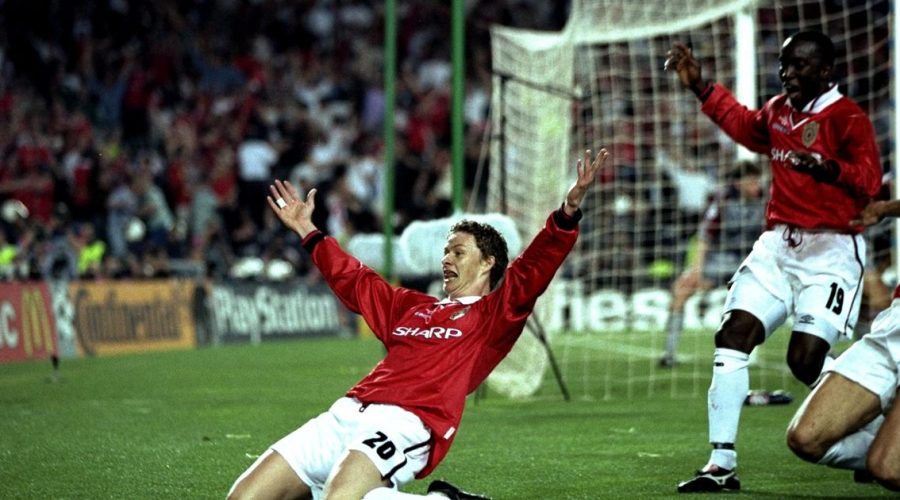 Gary Neville has revealed what he said to Ole Gunnar Solskjaer the moment after he scored the winner for Manchester United in the 1999 Champions League final.

Sir Alex Ferguson's side snatched victory from the jaws of defeat after grabbing two late goals in the dying seconds to complete an unforgettable comeback against Bayern Munich.

Having spent nearly the entire game trailing, United's two second-half substitutes – Solskjaer and Teddy Sheringham – ended up turning the game on its head to secure an historic treble for the Red Devils.

Speaking to SPORTBible, Neville described the moment the Norwegian put United ahead, with just seconds left on the clock.

"The second goal goes in and literally I'm planked on the floor on my back. Literally, I think I nearly actually went into tears. I was emotional, I was screaming," the former United right-back said.

"And, to be fair, even now I feel quite emotional about it because I thought ‘oh my god, what have you lot just done?!’

"My first words to Ole were ‘you have no idea what you’ve just done, you’ve just created history in that moment’. It was mind-blowing.”

Neville also revealed that Paul Scholes and captain Roy Keane – who were suspended for the final – drank themselves silly that day and were plastered by the time they joined their teammates on the pitch for the celebrations.

Will Man United win the Champions League in the next 10 years? Let us know what you think in the comments section below…

“I remember Scholesy and Keaney coming through with their suits on absolutely bladdered, been drinking all day. They had to, didn’t they?!"

He also recalled his own crazy night, adding: “And then the next thing I remember is walking around the port in Barcelona on my own with champagne at seven o’clock in the morning thinking ‘I ain’t going to bed’."