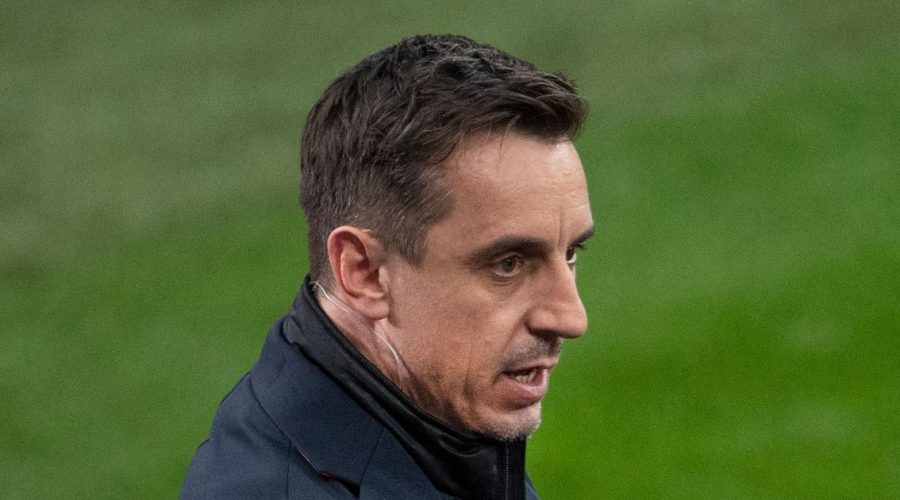 Gary Neville will follow the lead of England’s stars by dying his hair blond if the Three Lions win the European Championships.

The ITV pundit made the vow on Twitter after quote-tweeting a post referencing Phil Foden’s claim from last week.

Foden, who went from black to bleach at the start of the tournament in tribute to Paul Gascoigne, revealed that his England team-mates will follow his lead if the Three Lions can go all the way at the tournament.

Speaking to talkSPORT, he said: “You know what I said; if we win it, I told the team they had to get the same haircut as me!

“They all agreed so hopefully, if we win it, you will see everyone with the same haircut.

Neville, who was involved with the England set-up under Roy Hodgson between 2012 and 2016, is working as a pundit for ITV during the tournament.

But the Manchester United legend is getting into the spirit of things by promising to follow Foden’s lead if the Three Lions go all the way next month.

Do you think England can go all the way and win Euro 2020? Let us know in the comments section. Quote-tweeting a post referencing the original story, Neville said: “So will I !!” Neville accompanied the post with a single prayer emoji.

The 46-year-old’s claim prompted some amusing responses, with one fan saying: “So that’s none of you dying your hair then.”

Another supporter commented: “Gary, You have more chance of losing your hair before England win the Euro's mate…”

Others made reference to brother Phil Neville’s beach blond locks during his time with Everton.

England still have plenty of work to do if they want to win Euro 2020, but they are already guaranteed of their place in the round-of-16.

Denmark’s victory over Russia coupled with Belgium’s win over Finland means the Three Lions will qualify as one of the four best third-placed teams, even if they finish outside the top two in Group D.