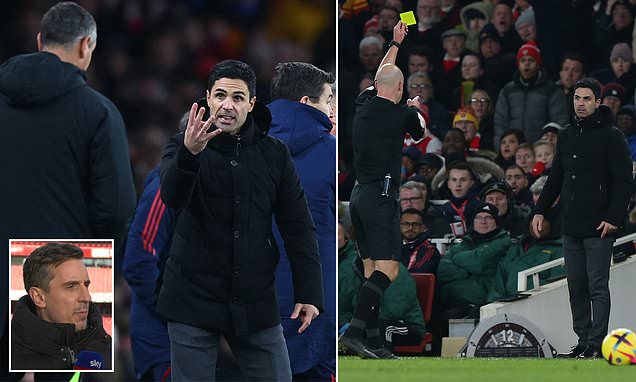 ‘He charges back up the touchline like a mad man’: Gary Neville slams Arsenal boss Mikel Arteta, claiming Anthony Taylor was right to book him during feisty match-up with Manchester United

Gary Neville has slammed Mikel Arteta, saying the Arsenal boss was right to be booked in the first half against Manchester United for angrily running down the touchline.

In the most hotly-anticipated match-up between the clubs in 15 years, Arteta was issued with a yellow card for remonstrating after Luke Shaw fouled Bukayo Saka, but without going in the referee’s notebook.

Speaking on Sky Sports during the game, the former Manchester United defender felt that the caution to Arteta was correctly issued by the man in the middle, Anthony Taylor. 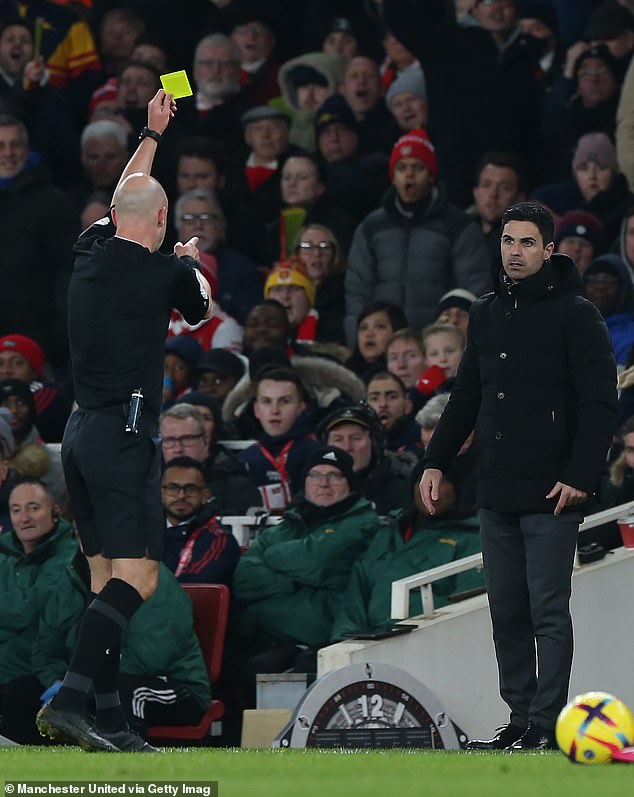 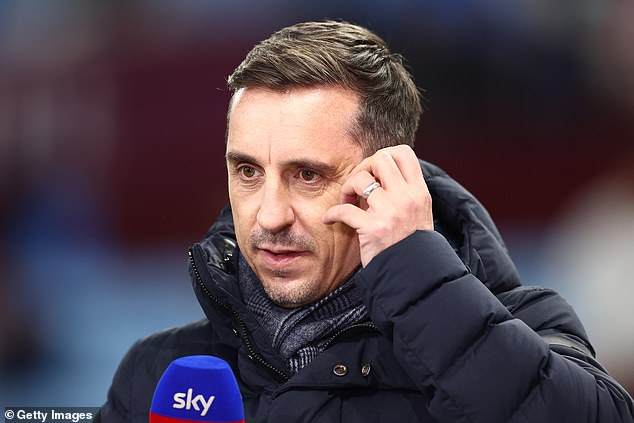 The incident follows a spell of disciplinary issues surrounding Arsenal’s players for their reactions during matches against Newcastle United and Oxford United.

On this occasion, Neville believes that Arteta deserved to be booked for his actions against Man United.

Neville said: ‘I think he’s right Anthony Taylor. He has been singled out over the last couple of weeks, Mikel Arteta,

‘It’s just a basic foul. There’s nothing in it really. Shaw tries to get in front, Saka does well. 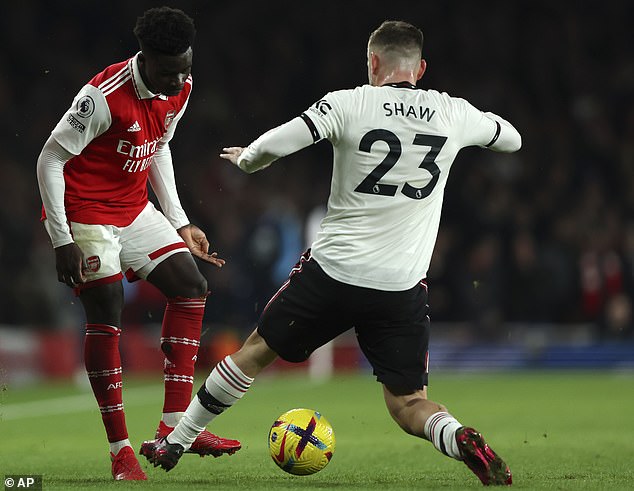 ‘It is a foul, no problem, just move on with the game. He makes it look like he’s two-footed him.

‘I was here for the Newcastle game and he was at it all game, Mikel Arteta, but on some occasions it wasn’t called for.

‘He charged about 15 yards down the touchline towards the official, which is why he was shown a yellow card.’

Marcus Rashford’s opener for Manchester United was cancelled out by Eddie Nketiah’s header to leave the scores level at half-time. 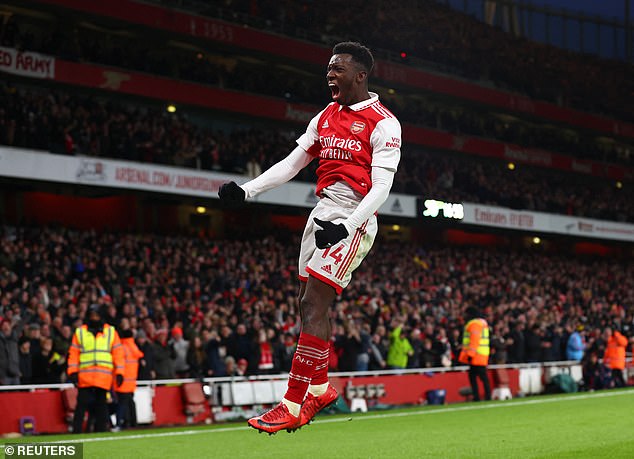