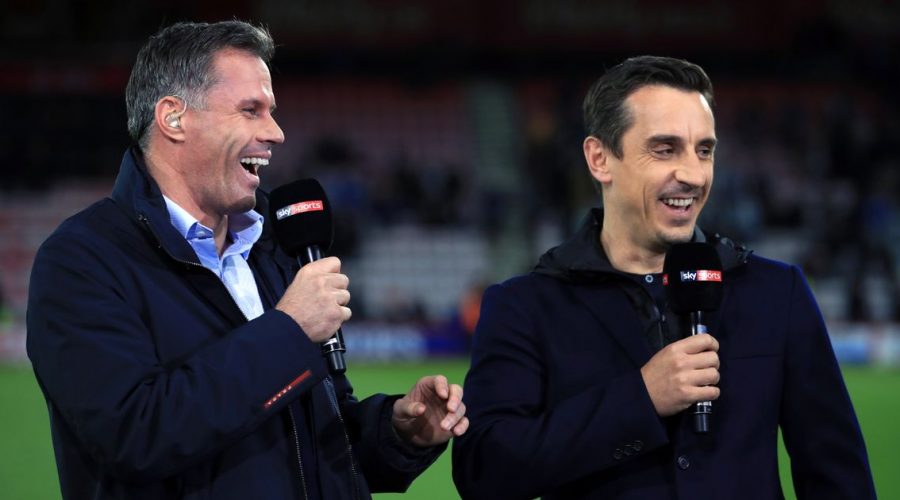 Gary Neville joked about how much he'd be worth in today's market after being "stunned" by Chelsea's fee for Marc Cucurella.

Stamford Bridge chiefs finally got their man on Friday (August 5) after a back-and-forth negotiation with Brighton over defender Cucurella. But the deal could cost them up to £63million, a record fee for a full-back.

Discussing the summer transfer window so far on Friday Night Football, Neville highlighted the move as one he's unsure about. "The interesting one for me is Cucurella, £63m. That one just stunned us today," he said.

His fellow Sky Sports pundit Jamie Carragher then asked him: "How much did we say you were worth?" Neville replied tongue-in-cheek: "I think we said £62m. Just a million less."

He then continued: "It’s £55m plus [add-ons], it’s a staggering amount of money and they’ve got Ben Chilwell in that position already. It’s a massive transfer.

"That’s the one that stands out for me. Seeing him in a Chelsea shirt… is he going to improve and prove to be worth that sum of money?"

How much do you think Neville would be worth? Let us know in the comments section.

Former Barcelona youth star Cucurella, 24, impressed in his debut Premier League season with the Seagulls. But he did only register just the one goal and one assist in his 35 appearances.

His versatility was an appealing factor for Chelsea, though. He can not only play out wide but can also slot into the left centre-back position which Thomas Tuchel likes to play with.

The fee was originally believed to be in the region of £52m with Blues youngster Levi Colwill heading in the other direction. But they stumped up the extra cash so that they could keep a hold of Colwill and send him to the Amex on loan instead.