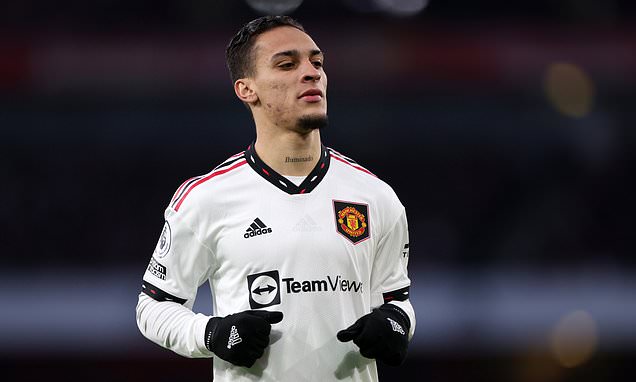 ‘He’s got work to do, growth to go through… £90m and you have to take him off’: Gary Neville hits out at ‘disappointing’ Man United star Antony – and says they should have ‘better quality’ in attack

Gary Neville has revealed that he wants to see more from Antony after the Manchester United winger struggled to make much of an impact in the 3-2 defeat to Arsenal.

Antony, who signed from Ajax for £90million last summer, was replaced by Fred in the 71st minute at Emirates Stadium.

Neville stated that it was disappointing that Antony had to go off and added that United’s attacking options cannot be compared to Arsenal’s talents in that department such as Bukayo Saka and Gabriel Martinelli. 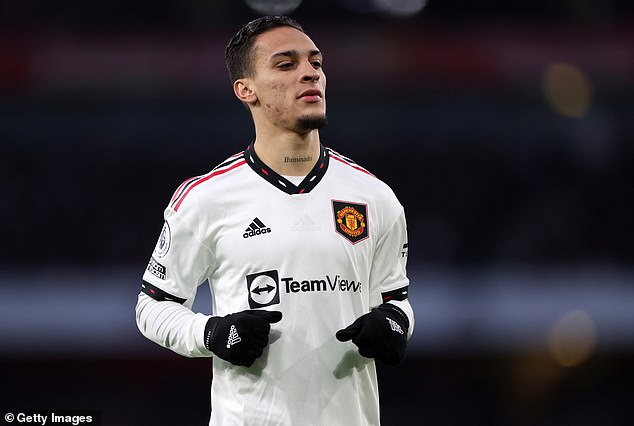 Speaking on The Gary Neville Podcast, Neville said: ‘I wish they had better quality up front in the final third. Obviously Sancho’s not out there and you would expect that Manchester United would have better options from the bench, but they haven’t at this moment in time.’

‘I want to see a little bit more from Antony, to be honest with you. £90million signing. I think that to have to take him off is a disappointment because you’d like to think that like Martinelli and Saka, who are also young players, that Rashford and Antony could have been the ones of the other side of it that could have counter-attacked for United.’ 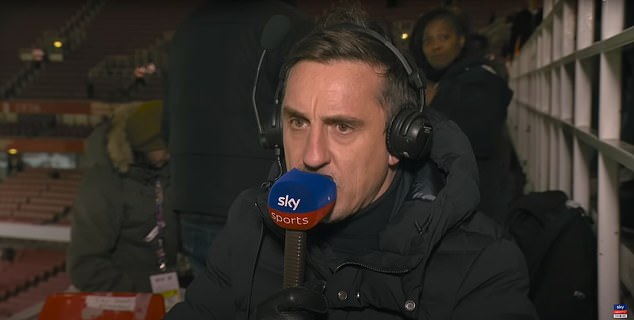 Neville added that Antony has ‘some growth to go through’ and suggested that the 22-year-old is still adapting to English football.

Ferdinand stated that Antony ‘just doesn’t beat anyone’, which is in stark contrast to how he performed at Ajax.

Speaking on his FIVE show, Ferdinand said: ‘He just doesn’t beat anyone and I’m sitting there thinking, “Was that always the way?”’

‘I’ve seen clips of him when he was at Ajax and he was somebody who used to beat people. 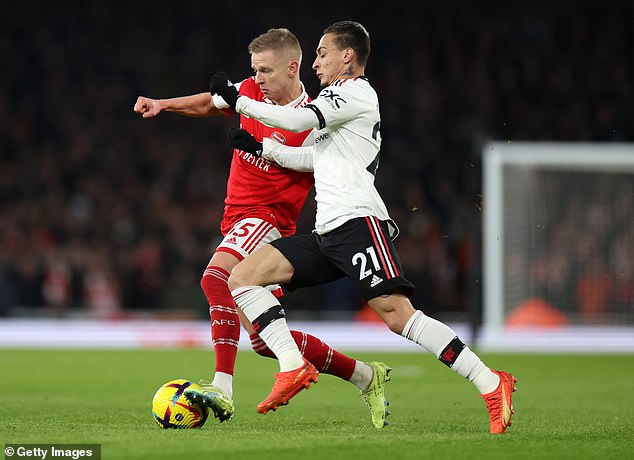 ‘I saw Thomas Partey, who I wouldn’t put down as a sprinter, absolutely burst past him, and I’m thinking, “Woah, he (Antony) hasn’t got much power in them legs!”

So far during his first season in England Antony has scored three goals in eleven Premier League appearances, with his last strike in the top flight coming against Everton in October.

Following their defeat against Arsenal, United are in fourth place, eleven points behind the Gunners, who have played a game less.

United took the lead on Sunday through an excellent strike from Marcus Rashford, with Eddie Nketiah then equalising for Arsenal.

Bukayo Saka put Arsenal ahead with Lisandro Martinez making it 2-2 prior to Nketiah’s late winner.