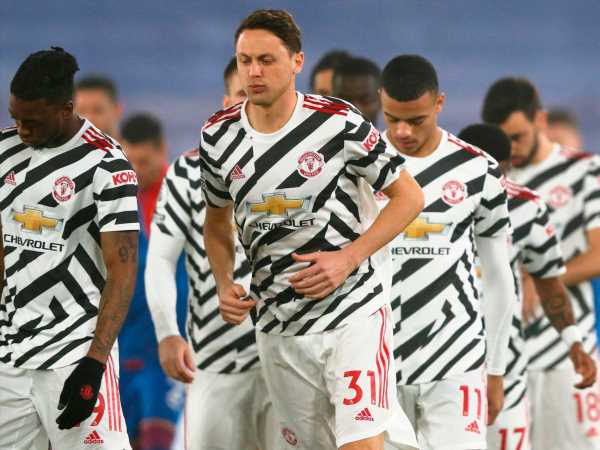 Former Manchester United defender Gary Neville has offered his scathing view of the team’s recent performances, with the Red Devils drawing 0-0 for the third match in succession on Wednesday night.

That came away to Crystal Palace, with neither side creating much of note and manager Ole Gunnar Solskjaer unhappy with his team’s slow speed of play during the 90 minutes.

Speaking in his role as a pundit on Sky Sports, Neville was equally severe with his assessment of the match, saying supporters would not accept the lack of intensity and desire to win the match which has been on show at times.

“Manchester United have got to find something from somewhere. There was no urgency at the end of the game,” he said.

“You expected United to be throwing everything at it. You expected maybe some of the young lads to come on and do something to try and win the game, take a chance, take a risk, but there was almost a fear that maybe Crystal Palace would go and counter-attack.

“It wasn’t a good night for United. You can’t have too many performances like that. I always said in the past when Louis van Gaal or Jose Mourinho were the manager, you can win, you can lose, you can draw, but you can’t be boring and that was boring, watching that.

“They let games drift for large periods. That’s happened in the big games where there’s been that lack of urgency and belief but now it’s starting to come against the teams at the bottom of the league.”

Neville further pointed out that allowing minutes to dwindle away has come as a result of matches earlier this season, where United performed poorly but were allowed to escape through a few moments of attacking magic.

Of late it hasn’t happened, with blanks against Real Sociedad and Chelsea before the Palace match and a derby against league leaders Man City to come at the weekend.

READ MORE: In a season of boom and bust, United’s latest slump is no surprise

“They are sleepwalking in games. They are thinking that they are okay, they will get a goal, because many times this season they have played badly in first halves of matches and then gone and won the second half. But now it’s not happening for them.

“You’ve got to have performances. You will get results sometimes when you play badly, but eventually it will catch you out. You need performances.”

United have now taken just one win from the last five in the league, though they remain second with teams below them also dropping points on a regular basis.