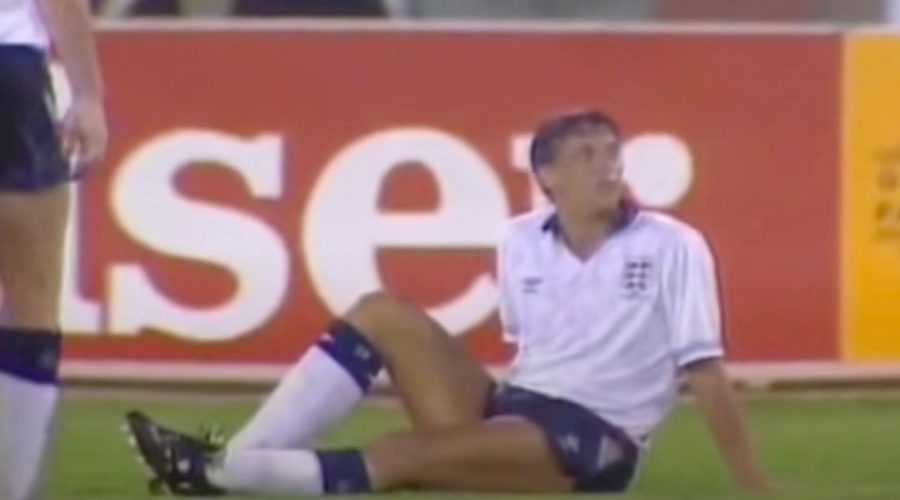 Gary Lineker admitted that he was left 'stinking' when he accidentally pooed himself at the World Cup.

Lineker was one of England's standout stars of the Italia '90 competition where he bagged four goals to help the nation reach the semi-finals. He even scored the Three Lions' equaliser against Germany in the last four game, but it wasn't enough as the rival European nation won the match on penalties and went onto to lift the trophy.

But despite his heroics, Lineker's World Cup got off to a nightmare start after he crapped himself as the Three Lions faced Ireland in the group stage opener.

Lineker's problems began the day before when he experienced bowel problems. But he was so desperate to play that he didn't tell boss Bryan Robson what he was going through, hoping the stomach issues went away.

However, the pundit's eagerness would prove to be his downfall as 20 minutes into game he started to feel uneasy. Remarkably, he still kept quiet and carried on playing into the second half.

Are you looking forward to Gary Lineker presenting at the World Cup? Let us know in the comments section below

But Lineker couldn't keep his stomach problems quiet any longer on the hour mark when he collapsed on the ground causing his bowels to erupt, leaving him looking bemused as his perplexed team-mates tried to find out what was wrong.

Speaking about the defecating debacle on Match Of The Day a few years ago, Lineker explained: "I sort of fell to the ground and relaxed for a second and it just went 'boom'.

"It was like, 'Oh my god', but it was like everywhere. There's a bit, if you ever see the footage, where Gary Stevens comes over and asks what's wrong. And I go, 'I've s*** myself'. I just didn't know what to do. Thank God I had dark blue shorts on that day. I'm shovelling it out and rubbing myself on the grass like a dog.

"It was amazing how much space I found after that though, I was stinking." He was subsequently subbed by Robson, but as there was only one dugout at the stadium, Lineker had to squeamishly sit amongst his England peers smelling of poo until the match finished, he added.

Current England boss Gareth Southgate will be hoping none of England's stars face similar problems to Lineker when their Qatar World Cup campaign starts on Monday. Although he'll want the nation's strikers to embody Lineker's international scoring pedigree in the competition.

November 21, 2022 Soccer Comments Off on Gary Lineker’s diarrhoea left him ‘stinking’ after he pooed himself at World Cup
NFL News