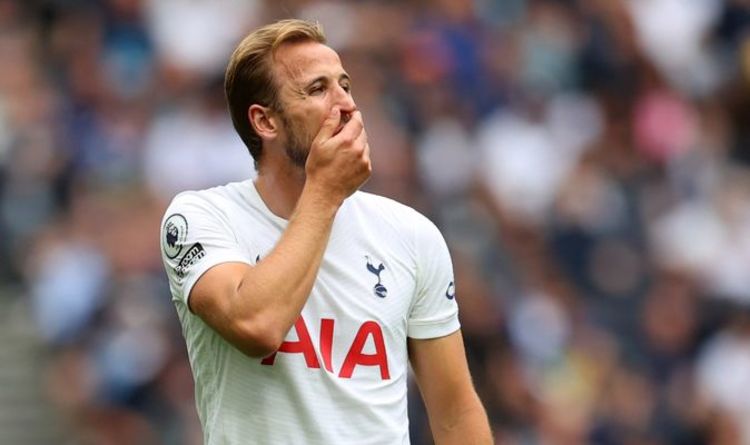 The summer transfer window was filled with quick-fire transfers, like Lionel Messi to Paris Saint-Germain and Cristiano Ronaldo to Juventus. However, the story that Harry Kane would be joining Manchester City never ended.

Since breaking onto the Premier League scene in 2013, Kane has scored 166 goals in 244 appearances for Spurs, but he is yet to win a trophy in north London.

For a player that is on target to break the all-time Premier League top scorer record (Alan Shearer, 260), the England captain certainly deserves to be lifting trophies.

But Spurs have not finished in the top four in the last two seasons and don’t look likely to challenge for the title any time soon, which is why Kane wanted to force a move to Manchester City.

After losing Sergio Aguero in the summer, Pep Guardiola was keen to bring in a replacement that would enable his side to be competitive in all competitions.

Guardiola was openly interested in bringing in Kane, but Spurs chairman Daniel Levy slapped a £150m price tag on their 28-year-old forward and wouldn’t budge.

Kane is thought to have made it known to Levy that he wanted to leave his boyhood club and even tried to force a move by not returning to pre-season training in time to be ready for the start of the 2021/22 campaign but to no avail.

Pundits were vocal about why Kane needed to leave sooner rather than later, and now Gary Lineker has had his say on why he thinks the deal didn’t come together.

Speaking to Football Daily, the 60-year-old said: “I haven’t got a crystal ball but it did seem like this summer or never.

“But we know Harry’s a great professional, he loves Tottenham and he will give everything because he’s a good pro and he will continue to score goals wherever that may be.”

Lineker spent three years at Spurs between 1989 and 1992 but then moved to Japanese club Nagoya Grampus to close out his career.

The former England international continued: “Circumstances can change, who knows, in a years’ time he might be somewhere else.

“I know what it’s like and how difficult it is to leave the club you supported as a kid, I grew up in Leicester when I started playing football then I played for the club and it was hard to leave.

“I actually saw my contract out deliberately as I felt there was a stage where I might need to move on and I didn’t want to walk out on a contract with Leicester so I let it run out, then I went to Everton.

“I just felt I needed to progress my career and I think Harry was going through that but I just don’t think he was strong enough in his conviction against Tottenham to do that, but who knows in the future.“

Kane is contracted at Spurs until 2024 after signing a six-year extension back in 2018, though there are rumours that he will look at a new deal to match his significant price tag if his club is willing to match his demands.