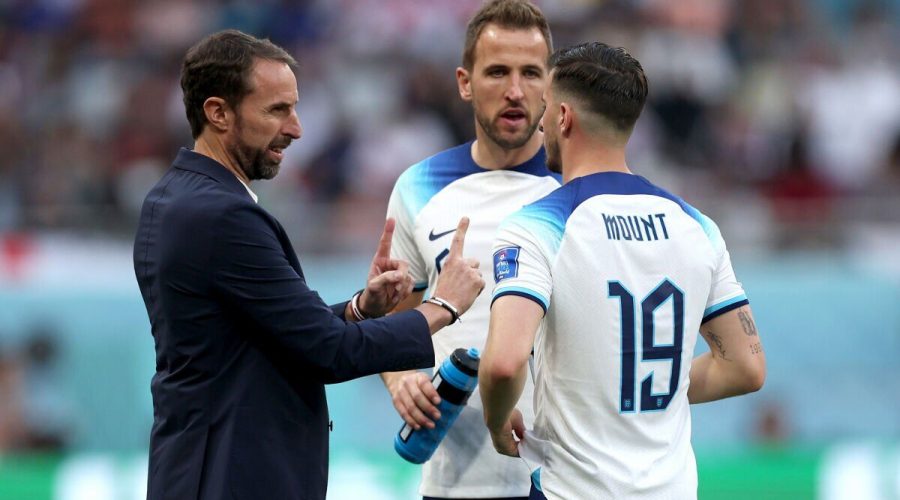 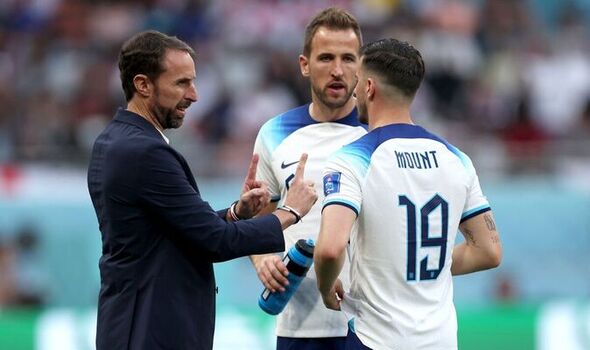 Gareth Southgate fears England’s name may have been tarnished at the World Cup with referees after FIFA made an example of them in a training video. As a result, he plans to contact the game’s governing body for clarification on what does and does not constitute a penalty here in Qatar.

The England manager was left bemused by the fact that the bear hug on Harry Maguire in the fourth minute against Iran on Monday was waved away by Brazilian referee Raphael Claus only for VAR to award Iran a late penalty for a faint shirt tug.

Southgate accepts that John Stones should have been punished but felt the Maguire incident was several degrees worse.

It has left him fearful that an instructional video to highlight the sort of minor offences which are supposed to be punished at the tournament might be counting against them.

Referees’ boss Pierluigi Collina has compiled a video which includes Harry Maguire’s set-piece opening goal against Albania in the 5-0 win last November, where Kalvin Phillips appears to impede one of the defenders chasing back in.

It has left Southgate to speculate whether the idea has been planted in referees’ minds that England have a tendency to be the ones cheating at set-pieces.

“What worries me is that we were used in an example in the referee’s video,” he said. “And what we were shown, the incident in the first half, we were told that would be a definite penalty.

“The second half we’ve got to… maybe there’s a shirt pull, we’ve got to be better on that.

“But I’m a bit worried we were the example shown, because then to get a decision as happened in the first half, we need some clarification really as to how it’s going to be.”

Southgate further revealed that a similar conversation occurred after the opening game in Russia four years ago. England were then awarded two penalties in the next game against Panama.

“We’ve got to have that dialogue with FIFA and just make sure,” he said. “We want clarity, otherwise, we don’t know where we stand.

“Goals are going in and we don’t know whether they stand or not. But the bit that worries me is that we were the example shown.”