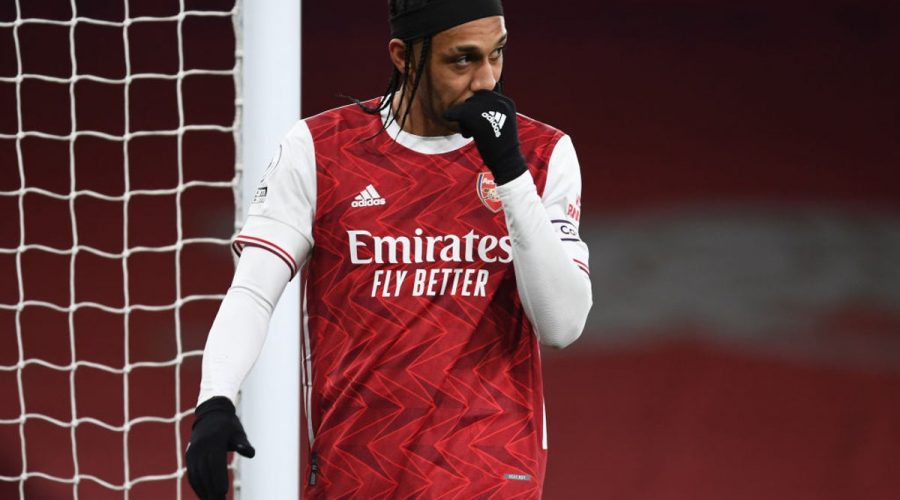 The Arsenal captain has struggled for consistent form

The Gabon forward, 31, was omitted from the Gunners line-up against Spurs prior to the international break after he showed up late for the match.

Arteta then recalled him for the Liverpool clash at the weekend, but he failed to make any real impact as they were comfortably beaten 3-0 at the Emirates.

And Keown feels now could be the time for Aubameyang to be taken out of the firing line in order to bring 19-year-old Martinelli in.

“Arteta has a big decision to make on his captain,” he told the Mail.

“He set an example by dropping Aubameyang for the north London derby recently. Aubameyang was supposed to start against Spurs but turned up late and was pulled.

“Should Arteta not be dropping him for performing as poorly as he did against Liverpool? If he sticks with him, he risks losing the respect of the group.

“It’s time to bring in 19-year-old Gabriel Martinelli. He is too good to be sitting on the bench.”

Martinelli impressed for Arsenal in his first season at the club, netting ten times in 26 appearances.

But opportunities for the youngster have been few and far between so far in the 2020-21 campaign as he has featured just ten times in all competitions, often due to injuries.

Meanwhile, Aubameyang signed a new deal with Arsenal at the start of the season which will keep him in north London for a further three seasons. Since arriving in January 2018, he has netted 84 times in 141 games for the club.