The hosts were bright early on but rarely created their own chances, only threatening after a mix-up by Arsenal’s back line.

Alexandre Lacazette netted the first goal of the new campaign from close range soon after, but it was after half-time when the Gunners really took control.

Debutant Willian hit the post from a free-kick before sending a corner in which fellow new boy Gabriel Magalhaes scored from, with Pierre-Emerick Aubameyang curling in a trademark third.

Here are our player ratings as Mikel Arteta’s men gave Scott Parker’s outfit a tough first test back in the top flight.

Denis Odoi – 7. Got forward to good effect, had a decent shot on goal and defended well.

Michael Hector – 4. Rather exposed in terms of how quick players were around him. Late with tackles or else simply got nowhere near the man to make a challenge.Lost the header for the second goal.

Harrison Reed – 5. Mostly overrun. Cleared his lines well but after the first 20 minutes didn’t have much impact on the ball.

Tom Cairney – 5. Similarly outclassed in the heart of midfield.

Neeskens Kebano – 5. Weak on the ball when trying to dribble. Didn’t really create anything of note.

Josh Onomah – 6. Nice touches and turns, enough to show he’ll cope at this level, but needs to be more incisive and quicker with his passing.

Ivan Cavaleiro – 7. Easily Fulham’s best player in terms of on the ball quality, with the ability to bypass defenders and come infield to create, but had little to play off or runners ahead.

Aboubakar Kamara – 6. Led the line well at times but never a goal threat. 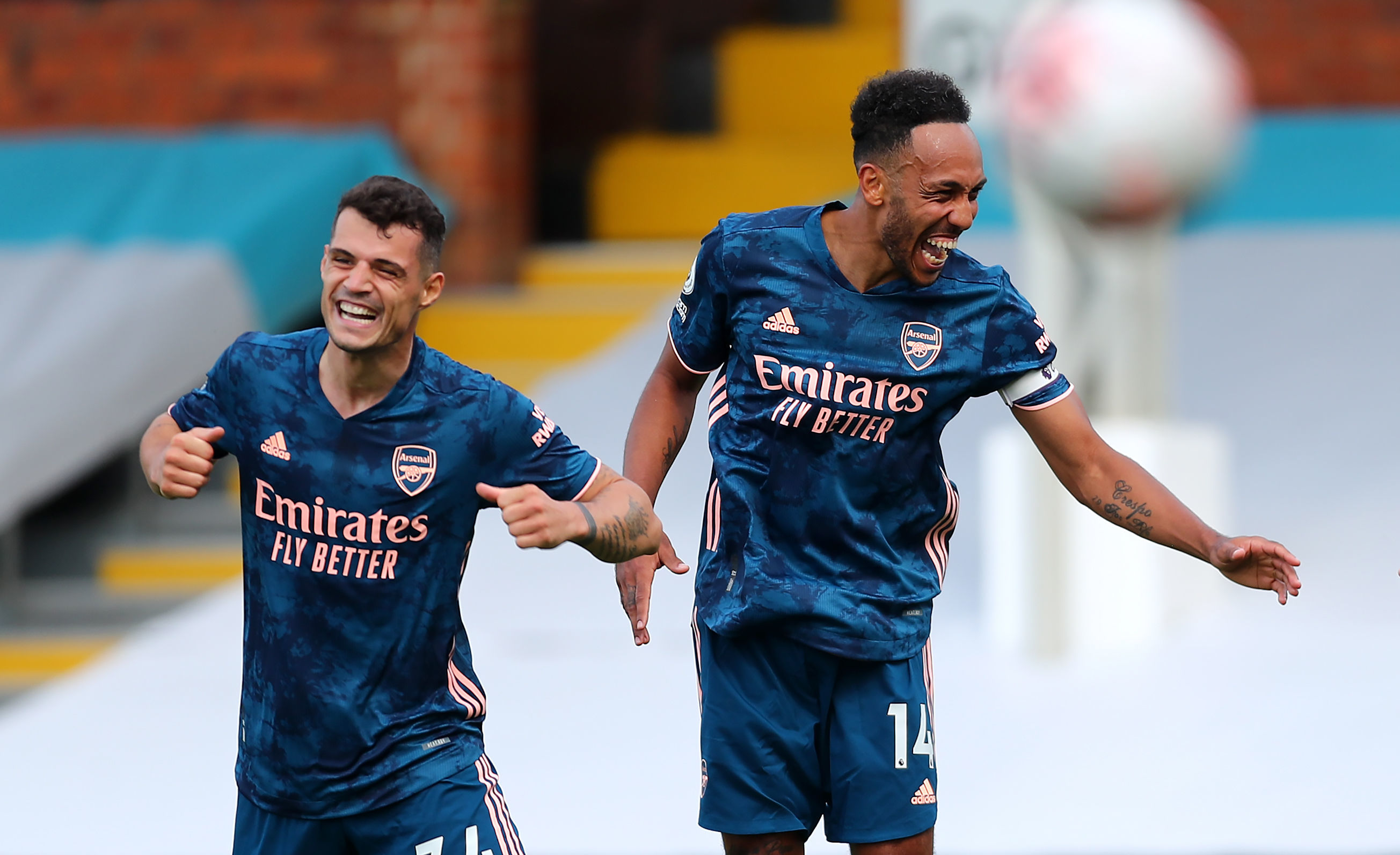 Rob Holding – 7. Lost out once or twice but good on the ball.

Gabriel Magalhaes – 8. Other than one early miscommunication, a largely faultless debut display – albeit not being put under too much pressure. Aerially dominant in his box and scored at the other.

Kieran Tierney – 7. More lovely passing out of the back. Didn’t overlap as much as he might have done.

Hector Bellerin – 7. In and out of the game. Could have scored. Not much delivery until late on.

Mohamed Elneny – 7. Lots of work rate, simple passing, tracking the runners through midfield and offering a good shield to the defence. Quiet, but very effective and a team-first player.

Granit Xhaka – 6. Messy on the ball, hurt in a challenge late on.

Ainsley Maitland-Niles – 7. A good outlet, very consistent with his tracking and positional work.

Willian – 8. Struck the post early on with a free-kick. Troubled the defence all game long with movement and clever passing. Delivered the corner for Gabriel’s goal.