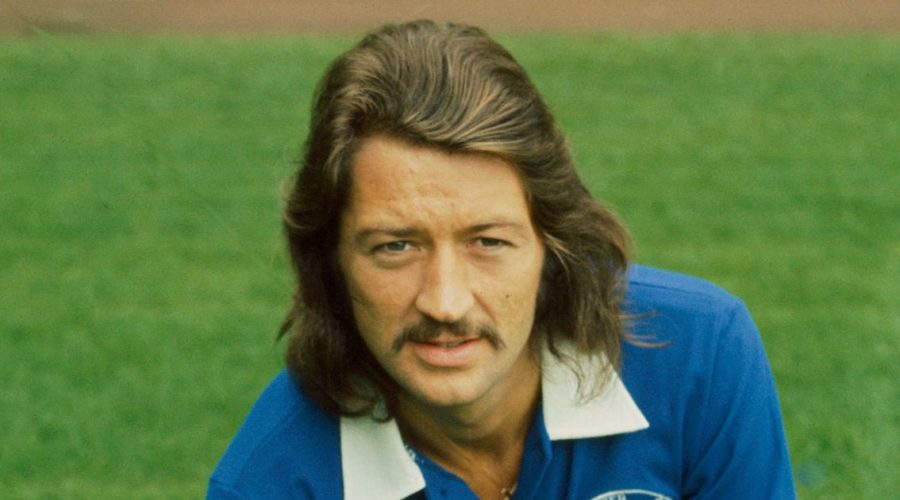 The word 'maverick' could have been invented for Frank Worthington.

Worthington was one of football's greatest entertainers, someone capable of the sublime and ridiculous with a ball at his feet who was worth the price of admission alone.

The former England international has become the latest legend to leave us, following his sad death in Huddersfield at the age of 72 following a long illness.

Born in Halifax, Worthington went on to have a long and enduring career spanning four decades and more than 20 clubs.

Those privileged to have seen him perform speak of a laid-back genius in the mould of George Best, someone who bamboozled opponents with footballing feet blessed by the gods.

He refused to wear shin pads and liked to strut his stuff with his socks rolled down, safe in the knowledge that it would take a defender of some repute to get close enough to kick him.

He would also become frustrated by team-mates with lesser talent than him and once famously said, "the way I played is more important than the team winning.

"Some players' second touch is a sliding tackle, while other players control the ball further than I can kick it."

Full of flamboyance and flair, Worthington was obsessed with Elvis Presley and grew his famous sideburns in tribute to the musical legend. Like his hero, he loved being the showman both on and off the big stage.

He liked being different and if this meant bending the rules like he bent a ball, then so be it, because he didn't care too much for the establishment.

His club career included Huddersfield, Leicester and Bolton as well as spells in America, South Africa, Sweden and Ireland and it remains one of the great mysteries of the game how Worthington only won eight international caps.

He will be best remembered for his wonderful, individual goal for Bolton against Ipswich in a Division One match in 1979. If you haven't seen it, then Google it.

After hanging up his boots he had a spell as manager of Tranmere and became an after-dinner speaker. He also released an entertaining autobiography, 'One Hump or Two', which spoke of a life well lived and left nothing to the imagination.

He scoring 266 goals in 882 appearances in all competitions and won the Golden Boot in 1978-79 as the leading scorer in Division One ahead of Kenny Dalglish and Frank Stapleton.

Worthington's wife Carol said: "Frank brought joy to so many people throughout his career and in his private life. He will be greatly missed by everyone who loved him so much."

March 23, 2021 Soccer Comments Off on Frank Worthington loved being a showman on and off the pitch like his hero Elvis
NFL News