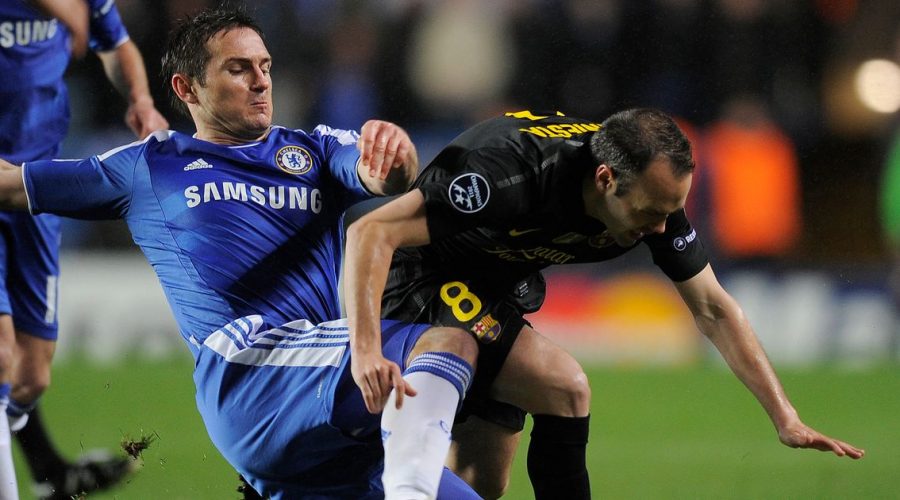 Frank Lampard has named his toughest opponent from his playing career and it not Lionel Messi or Cristiano Ronaldo.

Instead, the retired England international has chosen former Barcelona midfielder Andres Iniesta as the hardest player to face from his playing days.

Iniesta is a four-time Champions League winner and also won the World Cup in 2010 as well as two European Championships with Spain.

Lampard faced the Spanish playmaker on 13 occasions during his career, coming up against Iniesta with Chelsea, Manchester City and the England national team, winning just four of their meetings on the pitch.

The former Derby County and Chelsea manager made the revelation to Gary Neville during an appearance on Overlap Xtra and went on to explain his decision.

“He could go either way on you," added Lampard.

“Not many midfield players who play in that central area wanted to take you on so much.

“They want a pass so they can run and, you know, I played against some great players, Stevie G, physically brilliant.

“But some of the times he’d open up on you and he could take you either way, meant that you couldn’t get near him.

Which club will Frank Lampard manage next? Let us know in the comments section below.

“Him and Xavi when they played in that team were something else.”

Lampard also went on to tell Neville that he now favours Ronaldo in the debate between the Portugal star and his great rival Messi.

Iniesta lined up against Lampard 13 times during the Englishman's career, with the Spaniard coming out on top in five of those meetings.

The other eight matches are equally divided between draws and wins for Lampard's side.

Lampard himself came second in 2005, finishing as runner-up behind another former Barca player in the shape of Ronaldinho.

The 43-year-old has been out of management since leaving Chelsea in January but has been keen on a return to the dugout in recent weeks.

He was strongly linked with the Norwich City job but reportedly turned the club down, while he was also reportedly interviewed for the vacant Aston Villa role but missed out to Steven Gerrard.

November 25, 2021 Soccer Comments Off on Frank Lampard says Andres Iniesta was a harder opponent than Messi or Ronaldo
NFL News