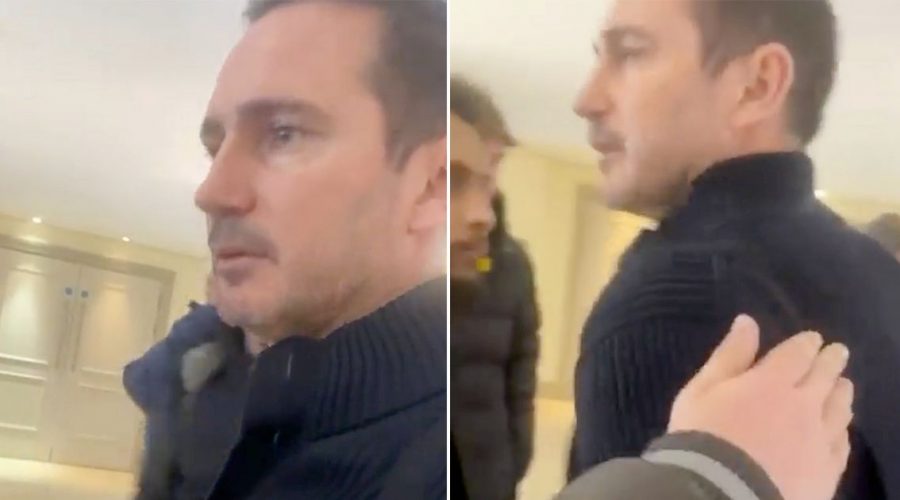 Everton fans 'feel sorry' for Frank Lampard as he looked on the verge of tears when speaking to some Toffee fans.

Lampard shook hands with fans as they wished him good luck as the side continue to battle relegation. The Everton fans told Lampard they were there for him as his days on Merseyside look to be numbered.

West Ham beat the Toffees in a relegation six-pointer, and Lampard's job is now in the balance, and he is set to learn about his future on Monday. However, after watching the clip, some Everton fans feel sorry for the Englishman.

One fan responded: "A guy that’s been left to dry by his superiors – he’s fronted it all."

"You can see how much he is feeling the pressure, I do want him to succeed at Everton, just hope he can turn a corner starting today," a second added. While a third said: "Don't like seeing anyone look like that, not a Lampard fan but he looks rattled, stress is a killer."

Do you think Everton should stick by Frank Lampard? Let us know in the comments section

And a fourth responded: "Gutted for him he looks like he’s had a mental breakdown."

After the West Ham loss on Saturday, Lampard told the BBC: "I absolutely don't fear [being sacked], I'm proud to do the job.

"I just do my job. I get up every day and think how we can get a bit better – it's as simple as that."

Lampard is currently sweating on his job and Daily Star Sport understands he will discover his fate today (Monday).

January 23, 2023 Soccer Comments Off on Frank Lampard on verge of tears in chat with Everton fans as he awaits his fate
NFL News