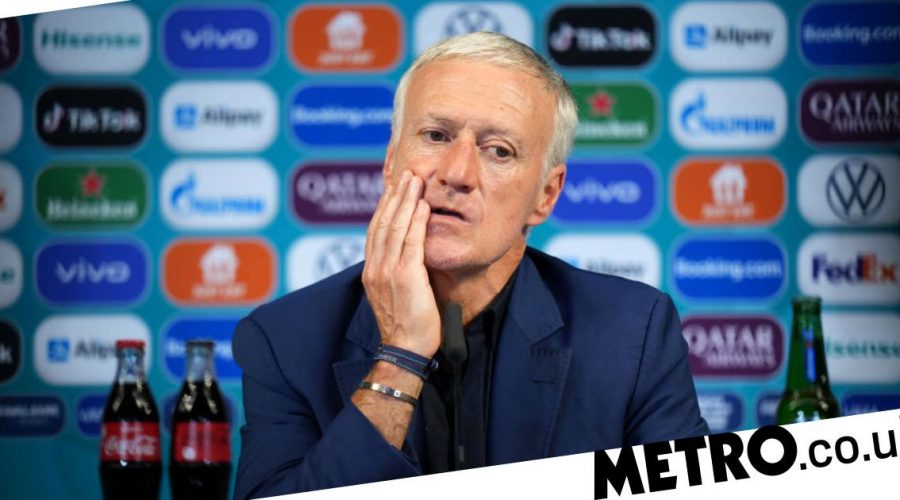 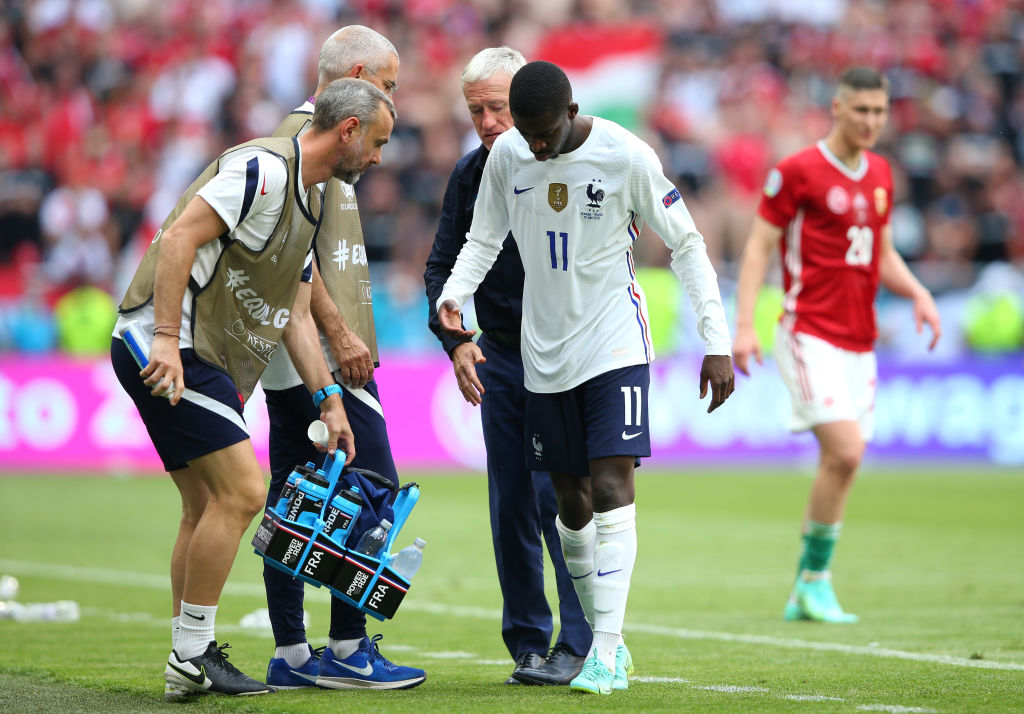 Ousmane Dembele has pulled out of the France squad after it was confirmed a knee injury he picked up against Hungary will sideline him for up to three weeks.

The Barcelona winger has made two appearances off the bench so far at Euro 2020, replacing Adrien Rabiot on the hour mark against Hungary with Les Blues chasing a winner on Saturday.

The 24-year-old was replaced himself however after 87 minutes after picking up a knock that has now ended his tournament.

A statement from the France Football Federation said: ‘Ousmane Dembele had an X-ray at the Budapest hospital on Sunday night.

‘The recovery time is incompatible with him staying in the squad. After discussing with the player and (team doctor) Franck le Gall, (coach) Didier Deschamps has acknowledged that Ousmane Dembele is ruled out for the rest of the tournament.’

Didier Deschamps said on Saturday: ‘He took a knock.

‘We think it’s the knee tendon. He continued but then crossed the ball and felt it was not quite right. We hope it’s only a knock but won’t know more until the following days.’

France currently lead Group F by a single point heading into a huge final evening of fixtures on Wednesday.

Les Blues take on Portugal with Germany in action against Hungary with just three points separating all four sides.

July 2, 2021 Soccer Comments Off on France star ruled out of rest of Euro 2020 with injury
NFL News