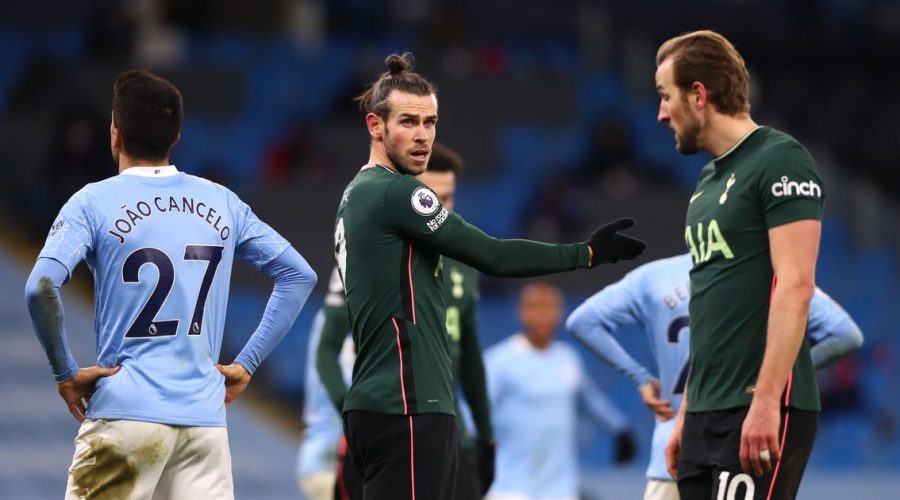 Tottenham Hotspur are set for a difficult summer window with the future of big name players such as Harry Kane and Gareth Bale still undecided.

After talks collapsed with former Chelsea and Inter Milan boss Antonio Conte, Daniel Levy is still yet to appoint a new manager since sacking Jose Mourinho back in April.

The 'special one' was only out of a job for 15 days until he agreed to become the new boss of AS Roma who, like Tottenham, finished seventh in their respective division.

Reports have emerged that former Roma coach Paulo Fonseca is set to complete a job swap with Mourinho and take the reins in North London.

It's no secret that Kane's Tottenham future is up in the air, with the England captain interesting Manchester City, Manchester United and Chelsea.

The Premier League golden boot winner has netted at least 20 goals in the last seven seasons and now wants to add major trophies to his individual honours.

Who else do you think may be on their way out of Tottenham? Let us know in the comments section

Kane was rumoured to be leaving Tottenham last summer but the arrival of Jose Mourinho persuaded him to give it one more season in North London.

After 'the special one's' sacking in April, will Kane be convinced to give it yet another season at Spurs following another trophy-less year?

Bale's arrival on-loan from Real Madrid was met with hysteria from the Spurs faithful after one of their greatest ever players made his N17 return.

Nine months on and the move hasn't exactly gone to plan and Steven Bergwijn, Son Heung Min and Lucas Moura were all granted more game time than Bale who was left frustrated having to watch from the sidelines.

11 goals from just 20 starts was a promising return from the Welshman, but it remains unlikely that he will return to Spurs for a second season-long loan.

The Argentinian had yet another difficult season for Tottenham registering just four goals and one assist from his 35 appearances in a Spurs shirt.

Despite a goal of the season contender against Arsenal, Lamela now finds himself behind Giovani Lo Celso, Dele All, Tanguy Ndombele and Moussa Sissoko in the pecking order.

A move away could be on the cards for the 29-year-old and with his contract expiring in 2022, Spurs may feel the need to cash in.

Signed upon release from fellow Premier League club Burnley, Hart has been limited to Europa League and FA Cup appearances since his arrival in August.

The former England no. 1 has had a difficult time of it since he was deemed surplus to requirements by Pep Guardiola when he became Man City boss.

Despite the release of Paulo Gazzaniga, Hart will find it hard to replace Spurs captain Hugo Lloris between the sticks and a move elsewhere may provide the 34-year-old with more regular game time.

READ MORE: Tottenham's reason for pursuing Paulo Fonseca is clear – but fans won't like it

READ MORE: Roy Keane blasts Harry Kane for "not being a good leader" – but wants Man Utd to sign him

June 10, 2021 Soccer Comments Off on Four Tottenham stars that could leave this summer regardless of new boss
NFL News